Kumawood actor, Akwasi Boadi, known as Akrobeto has said that no amount of prayers from the founder and leader of the International God’s Way Church, ‘Angel’ Bishop Daniel Obinim can save the dying Kumawood movie industry.

According to him, if the Creative Arts Ministry and industry players fail to adapt to the modern day advances in technology, then the movie industry will continue to fall behind time.

Some faceless movie producers were reportedly mentioned as having visited Bishop Obinim in Kumasi with the aim of seeking help to revive the decline in the patronage of local movies.

Meanwhile, Akrobeto, speaking on Adom FM’s Entertainment Hall insisted that reviving the movie industry is about emulating the western culture and not seeking favours from pastors.

“If the work has declined, we have to be creative and adapt to the new trend. CDs are dead now pen drives are on top. The system is changing so we have to change. Spirits can’t affect the movie industry. Prayers can’t save us. You can go to Obinim it doesn’t matter…” he said.

Akrobeto continued that: “we have to plan something to move our industry forward. We don’t have the same mind. We have to make sure to move things in its better form. It’s not about prayers. 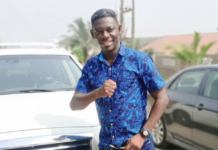 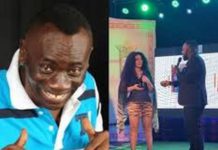 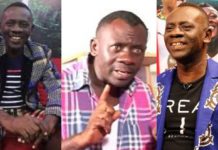