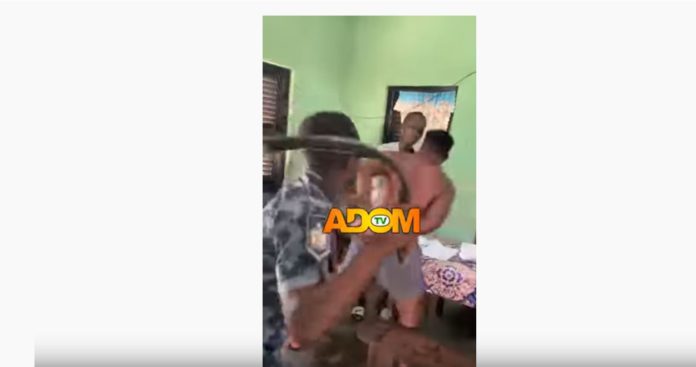 He wants the officers to be dealt with if found guilty.

“I was very sad when I saw the video circulating on social media. Even if the person has committed a crime, it is not in the domain of the police to unleash this beating on that innocent man. If it comes out that indeed these officers are guilty, then they must be dealt with drastically,” he told Accra based Neat FM, monitored by Adomonline.com.

The two police officers have so far been interdicted.

The interdiction comes less than 24 hours after the incident.

The police officers have been identified as Sergeant Patrick Amoako and Lance Corporal Isaac Marfo, all of the Railways Police Station, Koforidua.

ALSO: Napo is too sane to approve CSE – KT Hammond

Mr Gyasi, who claims to know one of the police officers, has urged the Inspector-General of Police to ensure that justice is served.

He said he expected the police officers to know better by investigating the matter when it was brought before them instead of taking the laws into their own hands.