Member of Parliament (MP) for Assin Central, Kennedy Ohene Agyapong is clamouring for one of the widows of late MP for Ayawaso West Wuogon Constituency, Lydia Agyarko, to replace him.

According to him, Madam Lydia Agyarko actively campaigned for the late MP and was very supportive in the 2016 elections.

“If I’m supposed to choose between the two, I would go for Lydia because she is actively involved in politics and Agyarko used her to campaign during the 2016 elections. She is the one I know and would choose over the second wife,” he said.

A by-election is in the offing to elect a successor for the late MP who is yet to be buried.

S constituents say the best candidate to ensure a win for the party is Lydia Agyarko.

ALSO READ: Kissing the bride in church during wedding is unholy– Anglican Bishop

Meanwhile, there’s another group of NPP members who are also pushing for another woman, believed to be the current and second wife of Mr Agyarko, Josephine Nana Baiden Agyarko, to contest the seat.

But the controversial MP who expressed shock at the turn of events said the late MP’s first wife should be the one to replace her husband in parliament.

To Kennedy Agyapong, Madam Lydia Agyarko has the resources and is the type of candidate that will unite all the people in the constituency. 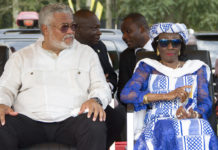 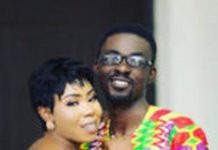 I will choose you again and again – NAM1 eulogises wife

Rawlings recounts how the military changed his ‘real surname’