Member of Parliament for Assin Central, Kennedy Agyapong has said one of the alleged killers of J. B. Danquah-Adu is living a luxurious life in prison.

According to him, Daniel Asiedu, one of the suspects standing trial for the murder of the late MP has been allowed by the police investigating the matter to use two phones to contact his contractors.

He claimed some persons in the National Democratic Congress (NDC) communicate regularly with Daniel Asiedu and even influenced him to implicate the NPP in the murder case. 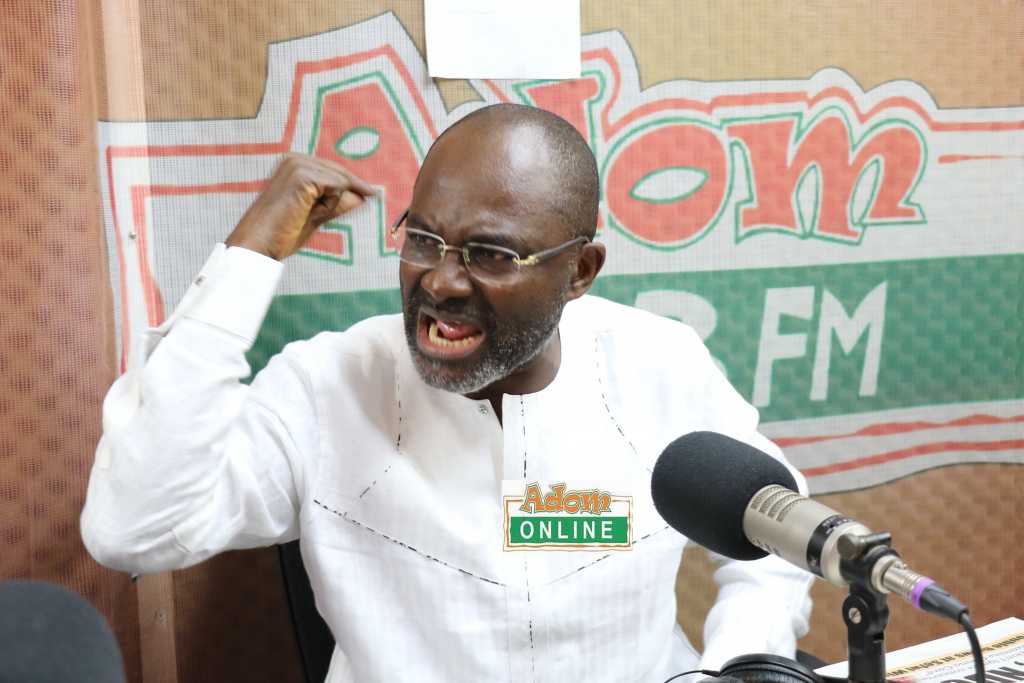 But Ken Agyapong has vowed to ensure justice is served and the culprits brought to book.

“He has been allowed to use two phones and being manipulated by some persons in NDC. I know that JB Danquah’s death was state managed by the NDC” Ken Agyapong opined.

The then NDC government was accused by a section of the public for the murder of the legislator in 2016, but on Wednesday June 20, 2018, Daniel Asiedu, one of the suspects standing trial for the murder of the late J.B. Danquah Adu, ‘confessed’ that he was contracted by some persons within the ruling New Patriotic Party (NPP) to kill the lawmaker.

He told the presiding judge, Arit Nsemoh, he would name his contractor and disclosed he was not given what he was promised before executing the plot.

Asiedu also said he has not heard anything from his clients apart from only one of them who visited him once after his arrest.

But speaking on the matter, the controversial MP wondered why the suspect, Daniel Asiedu would make such damning allegations against the NPP when he is aware of those responsible for the murder.

Mr. Agyapong also accused the former Director-General of the CID, COP Prosper Agblor and Director General of Operations at the police, Dr. George Akuffo Dampare of covering up the truth and defending the suspect as far as the murder case is concerned.

“Kwaku Baako wants to sacrifice me for Stan Dobge. Why should he question why I was the first person to see the killer? The police CID investigating the matter are shielding the killer and have allowed him to spew lies.

“I will force court to supine Dr. George Akuffo Dampare and COP Prosper Agblor to come and witness because they have vital information and are refusing to tell the public about it and always lying to us.

“Police officers are supposed, to tell the truth, and not to defend individuals. I will force them to speak because they are all involved in the act” he claimed.

Kennedy Agyapong stated that he has concrete evidence and an audio recording to support to claim and would be w witness when he is called.