The Ashanti Regional Chairman of the New Patriotic Party says those complaining about hardship in Ghana should channel their blame to former President John Mahama because he will blame Mahama even if his tyre bursts or lights go off.

According to Mr Bernard Antwi-Boasiako, some executives of the National Democratic Congress on the orders of former President Mahama are planning to beat him.

“In fact, let me tell you that even if I have a flat tyre, I will blame Mahama and if my lights go off, I will still blame Mahama. Whether he likes it or not he won’t be president,” he told Accra-based Neat FM, monitored by Adomonline.com.

To Chairman Wontumi, Mr Mahama won’t win the 2020 election and has no right to dream about contesting because he made life unbearable for Ghanaians leaving the Akufo-Addo government to clear their mess.

“John Mahama knows that he won’t be President of Ghana and I have told him that severally. And because he is not happy that I keep telling him that he won’t win the election, he wants me beaten for no reason.” 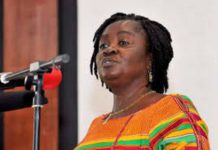 ‘Mahama/Opoku-Agyeman ticket not a good card’