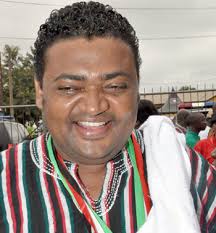 Former Ashanti Regional Deputy Minister under the National Democratic Congress (NDC), Joseph Yamin has denied having a hand in the deadly shooting at the party’s office at Kumasi in the Ashanti region.

Speaking on Adom TV’s Morning show, Badwam, onMonday, Mr Yamin said he was nowhere near the party office hence finds it absurd that someone told the police he knew about the incident.

Mr Yamin and the former Municipal Chief Executive Officer of Ejisu-Juaben, Afrifa Yamoah-Ponkoh were questioned by the police for their possible involvement in the shooting incident which led to the death of one, leaving another with life-threatening injuries.

But Mr Yamin said he knew nothing about those who came to the meeting grounds to cause confusion, denying the fact that the NDC vigilante group, the Hawks linked to the incident.

Those who caused at the grounds are known NDC members whom I have no knowledge of. They could never be vigilante groups. I condemned the act and so I find it worrying that people will link me to it,” he stated.