Member of Parliament for Assin Central Kennedy Agyapong is alleging some former security officers have been planning to demonstrate over the removal of the Chairperson of the Electoral Commission, Charlotte Osei.

He says the security capos have been holding security meetings to plan the demonstration which is aimed at making governance uneasy for the president.

He further alleges that the plan was truncated following the death of former Vice President,  Paa Kwesi Amissah-Arthur.

“When Charlotte Osei was sacked, we had former security bosses who were holding secret meetings, planning to embark on a demonstration but for the death of Vice President, they would have hit the streets”, he alleged.

“We were monitoring them from Kumasi and Accra. I, Kennedy Agyapong, have evidence but will hold on with their names for now”, he added.

The EC boss, Mrs Charlotte Osei and two deputies, Amadu Sulley and Georgina Opoku Amankwaa were relieved of their posts following a recommendation by a committee put together by the country’s Chief Justice.

Minister for Information, Mustapha Abdul-Hamid in a statement on Thursday directed the three persons to hand over their respective schedules to the Director of Human Resources at the Commission while thanking them for their service to the country. 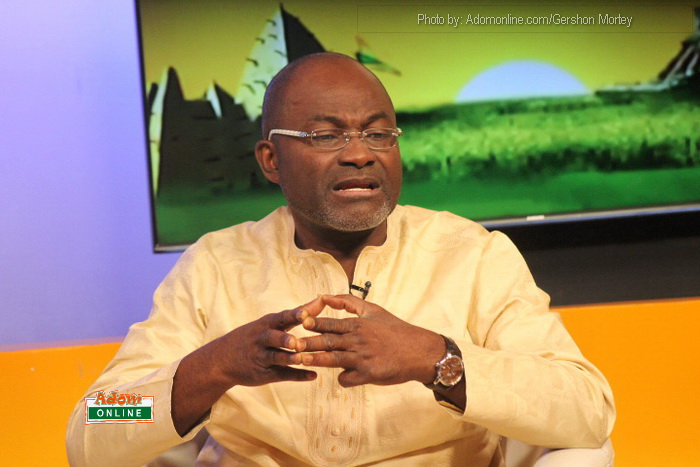 According to the NPP MP, the President only acted within the precincts of law.

He describes attacks by the opposition National Democratic Congress (NDC) as senseless.

“Why is the NDC angry over EC boss’ dismissal? Why does the NDC want to hit the streets over Charlotte Osei’s removal? Akufo Addo only acted in consonance with the law by upholding the committee’s recommendations. They should shut up,” he said.