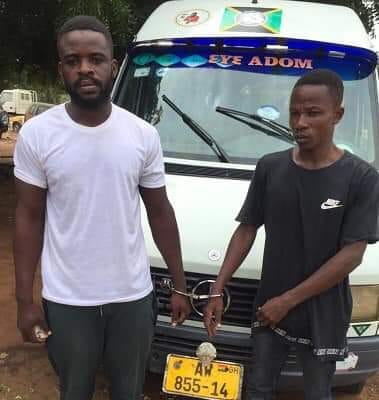 The driver and his mate, who were charged with assault of a police officer at Mallam Junction in Accra, have revealed details of alleged inhuman treatment meted out to them whilst in police custody.

They were remanded in police custody for almost two weeks.

The two-Francis Buabeng, a driver and his mate, Albert Ansah-seen in a viral video fighting a police officer, Constable Julius Mawuli Ekpe, have since been charged with various counts of assault.

Their lawyers said both were allegedly tortured in police custody.

But, days after being granted bail by a Waija Circuit Court after the intervention of nine lawyers, Mr Buabeng has been speaking exclusively to Joy News.