Kennedy Agyapong claims he has pictures of properties owned by the investigative journalist to prove that he [Anas] is not clean.

“I will expose Anas because he is not clean. I will put my life on the line against Anas”, he stated.

He has joined calls to prevent the airing of the video, arguing that if Anas is not stopped, he may end up invading the privacy of people and filming from their bedrooms. 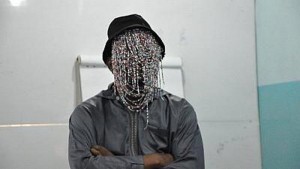 But Tigereye will still premier the documentary which allegedly has many sports administrators and politicians, on Jun 6, 2018 because no one has succeeded in getting a court injunction to stop it.

On Asempa FM’s Ekosii Sen programme Monday, Ken Agyapong was incensed about the methodology used by the ace journalist.

He expressed worry about how Anas has been allowed to invade the privacy of people over the years, all in the name of investigative journalism.

The Assin Central MP maintained that Kwesi Nyantekyi will not be caught in the web if Anas had not coerced him.

“First of all, what I know is setting up Nyantakyi. First, they went to Morocco and according to sources, they spent about $400,000 of which Nyantakyi got $65,000 – all in an attempt to sabotage him [Nyantakyi],” he said.

He destroys people’s integrity to enrich himself. Let him show the video and I will expose who the real eye of the tiger is”, he fumed.