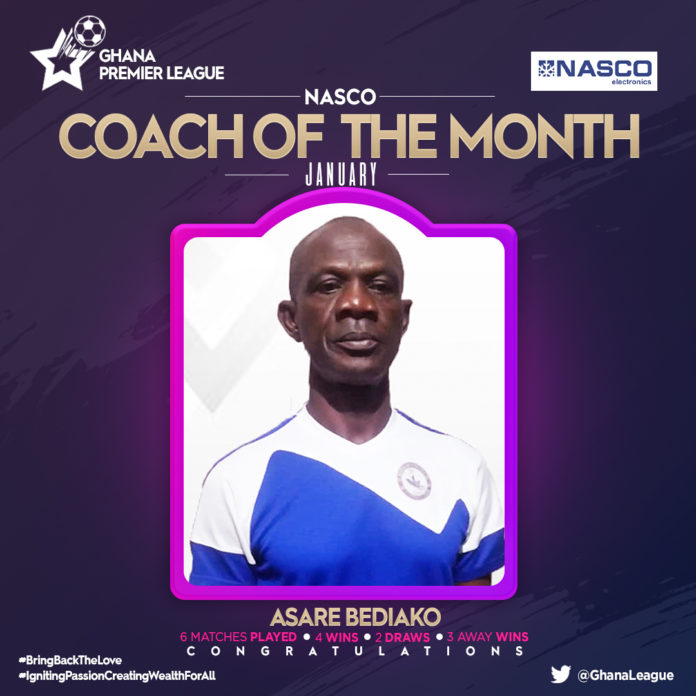 Berekum Chelsea head coach, Asare Bediako, has been confirmed as Nasco Ghana Premier League Coach of the Month for January.

Remarkably, Coach Bediako led Chelsea to stunning victories against the giants away.

He led Chelsea to 1:0 victories against Hearts, Kotoko and Ashantigold in Accra, Kumasi and Obuasi respectively.

For emerging the Nasco Coach of the Month, Coach Bediako will receive a Nasco television and a customised trophy.