Arsenal supporters staged protests calling for Arsene Wenger to leave the club prior to their thrashing by Bayern Munich on Tuesday night, even accusing the manager of ‘killing’ their club.

Wenger has faced increasing dissent from the stands in recent months after Arsenal slipped out of the Premier League title race and suffered a humiliating 5-1 defeat by Bayern Munich in the first leg of their Champions League last-16 tie.

The Frenchman, who has been in charge since October 1996, said on Monday that he would not be forced out of a club he built up.

But, ahead of the return leg against Bayern at the Emirates, certain sections of supporters made their discontent with their manager clear. Around 200 fans gathered outside the ground chanting ‘Arsene Wenger we want you to go’ and ‘Arsene Wenger, you’re killing our club’.

Supporters also held up banners calling on the club’s hierarchy to resist the urge to renew the manager’s contract, which expires at the end of the season. One fan labelled Wenger ‘stubborn, stale, clueless’, while many others boycotted the game altogether by putting their tickets up for sale. 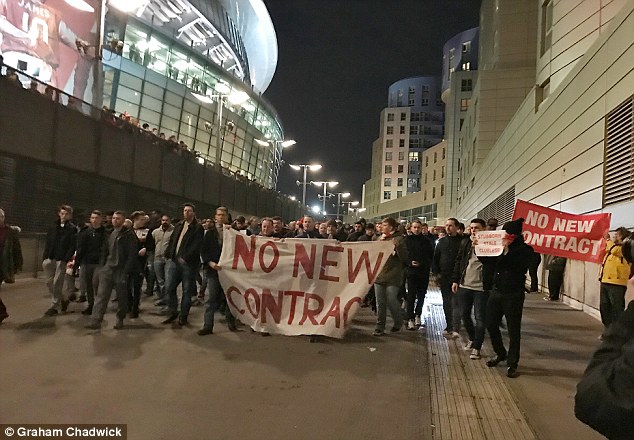 The Arsenal manager is understood to want to extend his stay in north London. But these protests come after Gilberto Silva, a member of Wenger’s Invicibles side of 2003-04, said he felt ‘the time had come’ for the Arsenal boss to leave.

Former Manchester United defender Rio Ferdinand, however, warned Arsenal fans that they must be ‘careful what they wish for’ by calling for Wenger’s head.

His old club have missed out on qualification for the Champions League in two of the three seasons since Sir Alex Ferguson departed. And Ferdinand said Arsenal’s hierarchy seem happy provided Wenger continues to lead the club to a top-four finish each year.

‘This club, they were used to winning leagues and all of a sudden it’s gone a bit sparse,’ he said on BT Sport ahead of the match.

Ian Wright, who scored 195 goals for the Gunners between 1991 and 1998, said the protests were borne out of Arsenal Chief Executive Ivan Gazidis’ unwavering support for Wenger amid discontent from supporters. 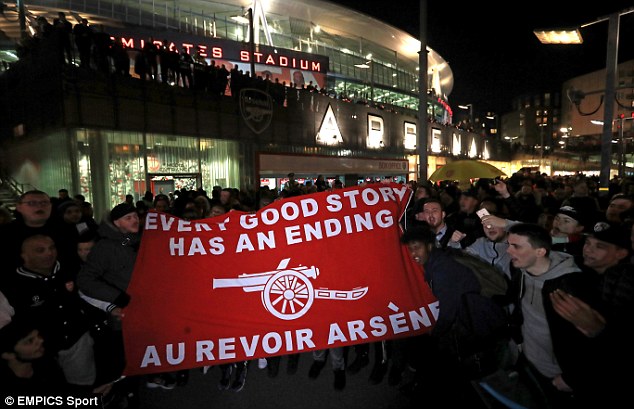 ‘It’s heartbreaking,’ Wright said. ‘The quotes from Ivan Gazidis where [he said] the club will decide Arsene Wenger’s fate.

‘That’s why we’re getting that (the protests). They’re saying we aren’t going to get rid of him. That’s the death nail for me. It’s horrible to see that but that is where that’s come from, from upstairs.’

Rumblings of discontent towards Wenger have snowballed in the wake of a number of setbacks in recent months.

The heavy defeat in Munich, which Wenger admitted left his side with only a ‘one or two per cent chance’ of progressing to the quarter-finals, left Arsenal on the brink of a last-16 exit for the seventh consecutive season.

And that exit was confirmed on Tuesday night when Bayern secured another 5-1 win over the struggling Gunners, completing an emphatic 10-2 aggregate victory. 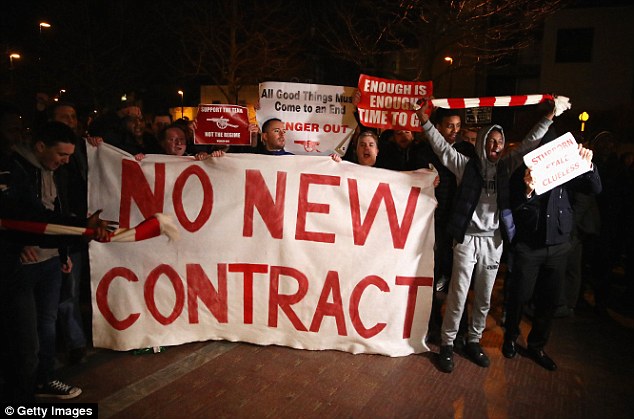 Their domestic campaign has faltered in the past few weeks, too, with Saturday’s 3-1 defeat at Liverpool seeing them slip out of the top four and leaving their hopes of Champions League qualification in the balance.

Top scorer Alexis Sanchez was left on the bench for the first 45 minutes at Anfield in the wake of a training ground bust-up.

The news that the Chilean forward is keen to quit the club in the summer has only added to the feeling among certain supporters that Arsenal are in a state of inertia under their current boss.

Partey to return to action against Palace on Thursday – Arteta confirms 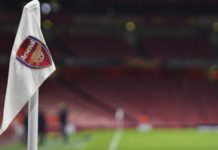 Arsenal take out £120m loan to help with Covid-19 impact 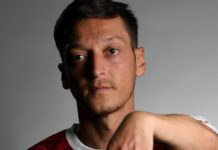 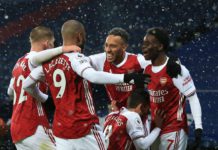