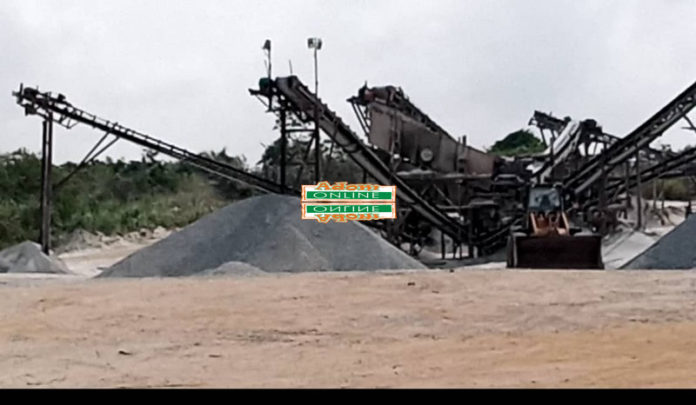 A Chinese engineer with Executive Stone Quarry at Gomoa Ojobi in the central region has been shot dead.

One other person is said to be in a critical condition after armed men stormed the quarry in a robbery operation.

Reports indicate the incident occurred in the early hours of Saturday, February 22, 2020.

Narrating the incident to Adom News, a worker at the site disclosed the Chinese national died on the spot after he was shot.

” I was in the office when I heard noise outside and I opened the window to check what was happening, I saw them struggling with one of our people on who they used a cutlass,” she said.

ALSO: Duration of JHS, SHS has not been reviewed – NaCCA boss clarifies

The other person, who is said to operate the excavator used at the quarry, is said to have been butchered and is currently on admission at the Winneba Trauma and specialist Hospital.

Meanwhile, two people have so far been arrested to assist the police with investigations.