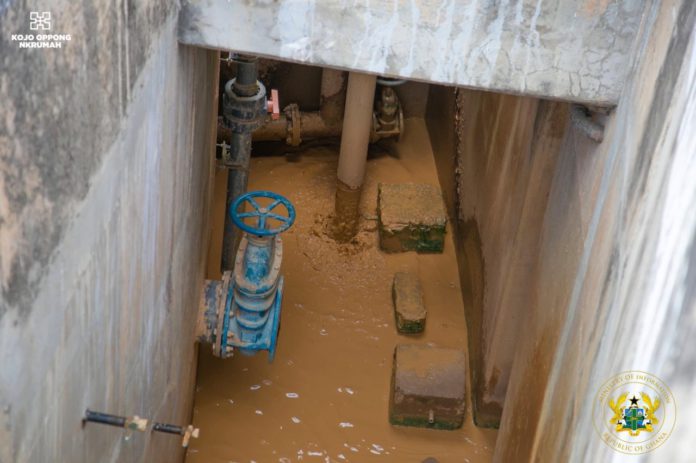 Ghana is blessed with numerous natural resources including water and all we have to do is simply protect the water bodies.

In countries like Singapore where freshwater is scarce, desalination of seawater and reuse of wastewater is critical for the country’s sustenance.

It is surprising how we have taken our water resources for granted because they come to us cheaply.

In recent times, it has been hard to watch our environment degrade at an alarming rate right in front of our eyes.

It is impossible to be a well-meaning Ghanaian and keep silent on the many environmental issues confronting the country.

Especially, at a point where there seems to be minimal or no progress on issues that require a radical approach to save ourselves and that of future generations.

We have stood by and emboldened foreign nationals to enter our forests to destroy them with huge excavators and chemicals to pollute our water bodies through illegal mining activities.

I always say that we lack some sense of accountability to ourselves because we have never told our history in full.

Our history is told mainly from the point of how a colonizer entered our territory, robbed us of our resources and denied us our independence until later.

We include the heroes who fought for our independence, but our history is almost silent on how some of our people enabled or aided the colonizer to capture power from us.

We do not know the names of such enablers nor the extent of the enablement.

If we told our history in full, maybe we could use that to stimulate a higher sense of patriotism in our people to always protect their country against wrongful intrusion and not be an enabler or a sellout.

Today, we are at a similar point in history where some greedy Ghanaians are enabling foreign nationals, specifically Chinese nationals, to destroy our lands and water bodies. Illegal mining (galamsey) activities are destroying our forests, water bodies (both surface and groundwater) and farmlands.

We see surface water (rivers) in muddy color but what we do not see are the heavy metals and other contaminants seeping into our groundwater reservoirs and those that will be assimilated into food crops grown on nearby soils.

These effects can linger for years and have severe repercussions on human health. We risk losing our sources of treatable potable water.

As of 2017, a report by citifmonline showed that the Abessim water treatment plant in Bono region and the Kyebi water treatment in Eastern region had been shut down because the water had become untreatable due to galamsey activities.

Ghana’s Water Resources Commission projects that at least 60% of our water bodies are polluted or in critical condition which means many more water treatment plants will likely be shut down.

We will then reach the point of importing potable water from nearby countries by 2030 as predicted by former minister of lands and natural resources.

Despite the magnitude and urgency of the water crisis, our approach to solving the illegal mining menace has not been swift enough.

It is unthinkable how an activity that has so many negative attributes remains unabated due to the monetary gains it brings to some few highly connected individuals in our society.

We have even seen some members of the Ghana Armed Forces protecting foreign nationals at the expense of the security of the Ghanaians in these mining communities.

We have seen our leaders organize dialogues and had conversations on how to curb the illegal mining menace at least for the past few years.

However, there has not been any significant improvement towards the needed outcome, which indicates that we certainly need to move from dialogue to enforcing the laws to protect Ghanaians and the future generations.

It appears we are helpless in our own country and I believe we have leaders who can and need to make a choice to put the interest of Ghanaians ahead of any other interests.