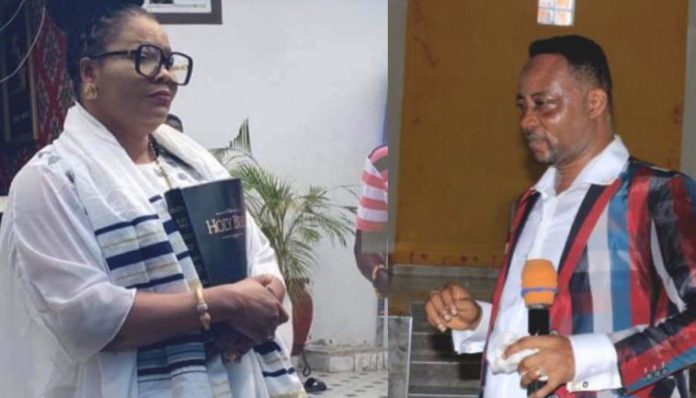 He revealed that the now born-again visited his church every 31st Watch Night service for divine intervention.

Apae Live claimed Nana Agradaa now Evangelist Patricia Oduro Kwarteng has been his spiritual daughter and he has interceded on her behalf till now.

“Nana Agradaa is my church member and I knew she will change so I’m not surprised she is now born-again,” he said in an interview, monitored by Adomonline.com.

Though he is Nana Agradaa’s spiritual father, Apae Live said he was not worried he was not invited to burn the idols.

The Founder and Leader of Great Light Worship Centre also disclosed that it was during one of such services she attended that he prophesied to her that, she will do God’s work.

“Nana Agradaa is a very good singer and also has the anointing of God on her life so I believe she has indeed changed for the better,” he added.

Apae Live could not fathom why it is rather Christians who are persecuting Nana Agradaa instead of encouraging her to have faith.

In his view, people should leave judgement to God and allow born-again Agradaa do God’s work.

Sale of his church

Apae Live revealed that he sold his church about five years ago to Nana Agradaa’s husband due to competition.

He explained that another pastor, whose church was also at Weija Junction, was luring his members.

“I realised the number in my church was reducing so I decided to monitor then I noticed most new members were redirected to my competitors’ church that is why I decided to sell the church,” the prophet said.

“The sale of the church has nothing to do with the situation now. This happened some five years ago,” he stressed.

This development, he added, has affected him in the discharge of his Godly duties.

Apae Live appealed to the media to stop throwing light on such issues since he has brought closure to them.