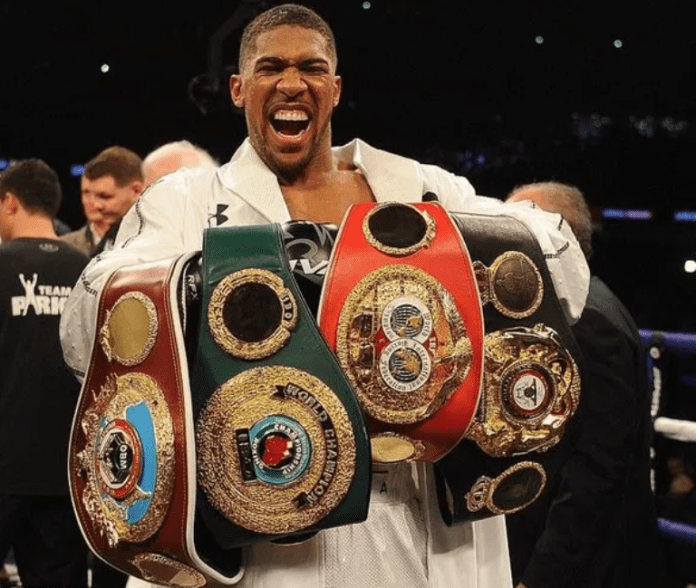 Laolu Akande, the Senior Special Assistant (SSA) to the President on Media and Publicity, Office of the Vice President, made the disclosure while briefing State House correspondents on behalf of the Minister of Sports, Sunday Dare.

The briefing took place after the Federal Executive Council (FEC) meeting, presided over by Vice President Yemi Osinbajo on Wednesday, December 11th in Abuja. Akande, however, said the date for the presentation of the belts was yet to be fixed.

“The Minister of Sports announced that Anthony Joshua will be presenting his belts to the President in a matter of days.

“The Council members also expressed appreciation for the gift of books from the Vice President which has become an annual tradition,’’ he said.