This is the moment a Chinese wife forced her husband to don a pink bra, stick a sanitary pad to his forehead and kneel on durian fruit skins after she found him messaging other women online.

Laughing at her hubby from the comfort of her own bed, the woman orders him to confess to his wrongdoings in the bizarre video. 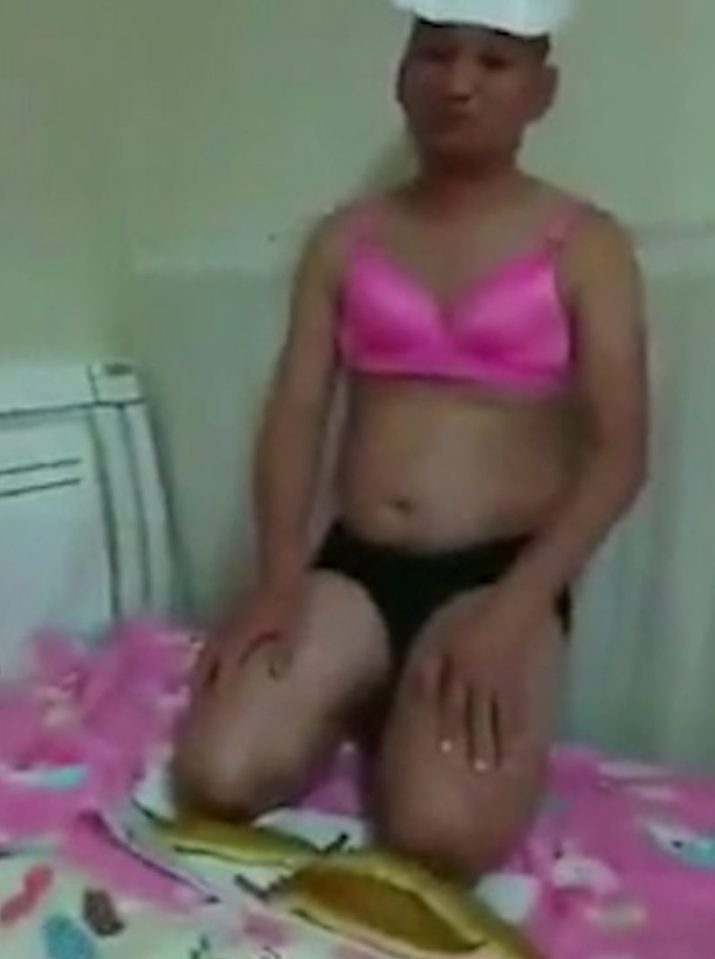 The man can be seen crying in both pain and embarrassment as he kneels on the popular but smelly Asian fruit during the clip.

Admitting his indiscretions, the man says: “I’ll admit that I made a mistake.

“I should not have sent my private photos via Wechat.

“I should not have initiated the conversation.”

At this stage in the video, the wife interrogates him, asking: “Who did you approach?”

Her husband responds: “I talked to several woman. 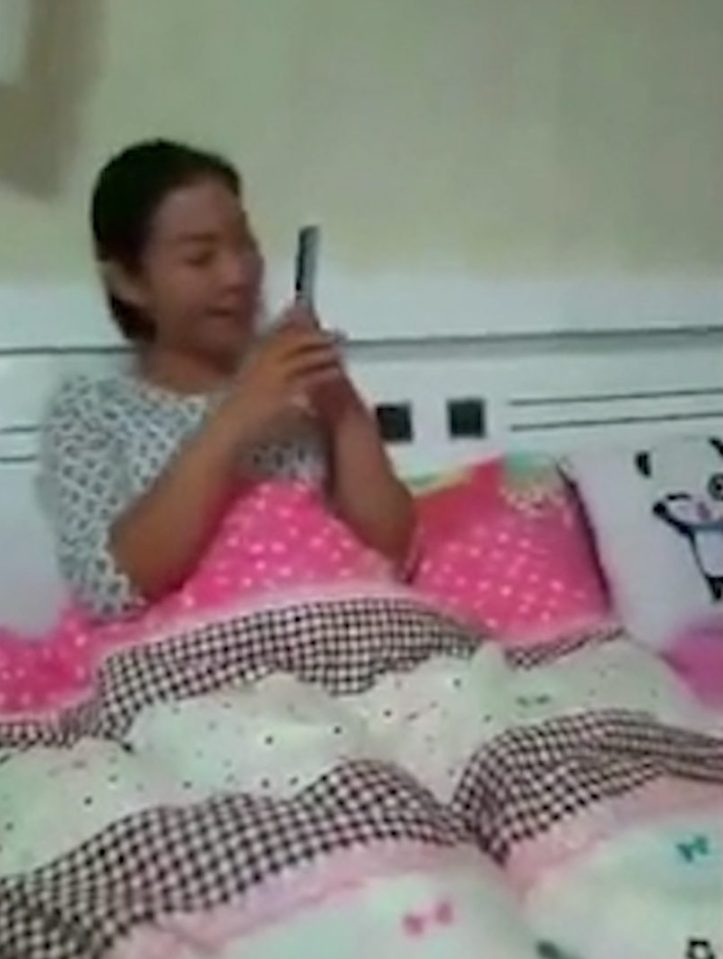 “I said something I should not have said.”

The woman then says: “That’s why you ended up like this, right? Who asked you to kneel down?”

To which he replies: “My wife asked me to do so. I am willing to receive a harsh punishment.”

But moments later, he caves in, saying: “My dear wife, these are all durian skins. I just can’t stand it anymore.” 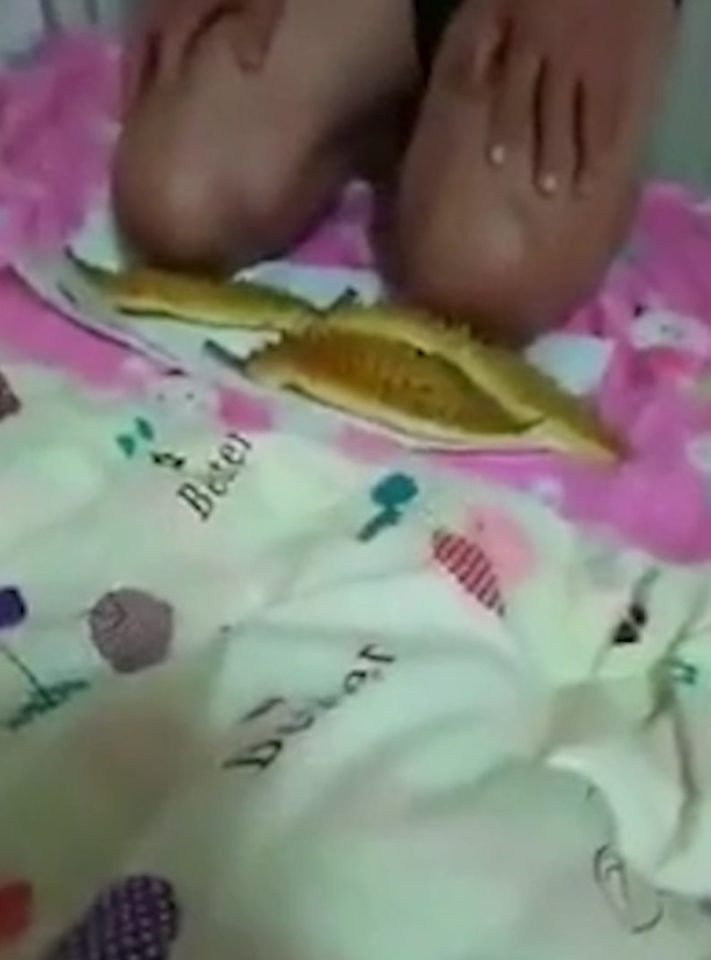 The video ends with the husband wailing in pain from kneeling on the spiky durian fruit.