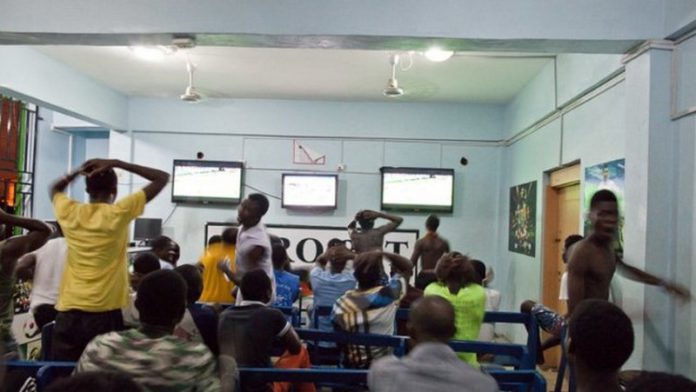 The inability of predictions by fast-rising social media sensation, Oswald, to materialise by the end of 90 minutes of football, has infuriated many social media users.

The punter topped the trends for his accurate sports predictions which won him over ¢5,000 in sports betting on Wednesday night.

I didnt want to post the slips because the illuminati might fix the teams to cause mass losses 😂 but since there’s still like 50+ people in my DMs asking for slips I’ll tweet them. pic.twitter.com/pI9vLAi4sL

Nothing better dey go on for there!

This feat attracted the attention of many after punters on Twitter who then looked up to him for the next prediction with the hope of winning big. As promised, Oswald created a Telegram channel with over 40,000 members where he dropped his next batch of football predictions on Thursday.

And it ended in tears… #Oswald pic.twitter.com/yR531oQcaH

But as one saddened twitter user would describe the rather unfortunate outcome, “it ended in tears”.

Oswald bet! it ended in tears for the man seated. Was he given a fake odds or what? I learnt he alluded to the manipulation of the computer meanwhile the players are still joggliy the ball around the 18yard box 😂😂 eei pic.twitter.com/4aEhQbjOFA

Oswald's gang bleeding and leaving the TL to sleep in tears like… pic.twitter.com/emcas6g8Ic

Some are also contemplating whether the whole move may have been a well-orchestrated publicity stunt to drive interest in the industry.

You people what if Oswald was just pulling crowd and money for the betting companies ? 😂😂

Why I stopped writing songs for people – King Promise [Video]

I don’t necessarily feel sorry for politicians but … – Gabby...

SSCIC and partners to offer fully-funded masters programme to girls in...