The conference will provide the platform for deliberations and resolutions and other matters of the party’s interest, national organiser of the party, Sammy Awuku, has said.

The Annual Delegates Conference will take place at the Fantasy Dome of the Trade Fair in La, Accra.

The conference will start at 8:30 am where the party will receive goodwill messages from Former President Kufour and other founding members of the party,” Mr Awuku has explained further.

Speaking on Adom TV’s Badwam, Thursday, Mr Awuku said the conference, which is themed “We have Performed Better, Four More to do More”, will have the party’s constituency and regional executives, as well as national officers, among others attending.

“This was the same venue we had our 2016 rally and we are going back to show strength and forth as a party ahead of the 2020 election,” he said.

Mr Awuku explained that the party, as part of its activities ahead of Sunday’s rally, will house delegates at the University of Ghana for an old-school night on Saturday to welcome and entertain delegates.

“The Saturday night will feature an interaction between the creative arts players who supported us in 2016 and party members and all this is free of charge; we are not paying a pesewa,” he added. 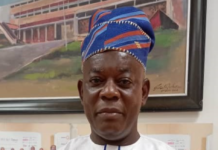