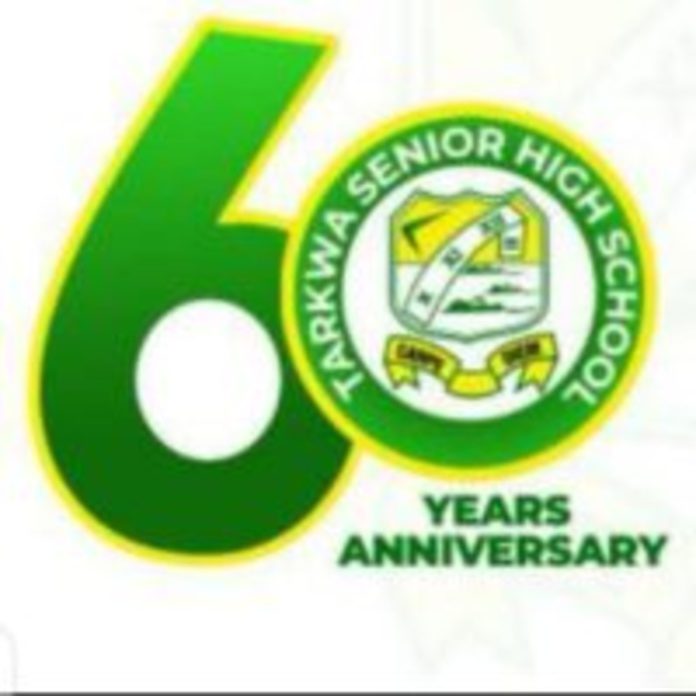 The resonance that has characterised the TARSCO @60 celebration goes beyond the shores of the country as some Old students of the School in the Diaspora have waded into the celebration and subsequently touched down to be counted in the historic jamboree and ecstacy.

The week-long mega Celebration of Tarkwa Secondary School (TARSCO), which begins on the 21st of November and ends with a grand durban on the 27th of November 2022, is expected to record thousands of old students (TARSCODIANS) on campus, drawn from policy making institutions, corporate institutions, the Academia among others to share in the celebration.

The theme for the celebration ‘Achieving Academic Excellence Through Discipline for National Development’, according to the Planning Committee, was carefully chosen owing to the discipline and integrity exhibited in all facets of life by TARSCODIANS where-wherever they find themselves.

The theme also finds its source from the fact that the School was established in 1961 under the Education Trust Scheme making TARSCO one of the outstanding second cycle institutions fulfilling its mission and vision of becoming a centre of excellence in human investment services for Ghana, Africa and the world at large.

According to the Planning Commitee, Tarsco believes in the principle that the cornerstone of a good social life is discipline.

“Discipline has been a key ingredient in every aspect of the life of students of TARSCO wherever they find themselves. Disciplinarians like Mr Stephens, Mr R. T. Sackey, Mr C. K. E. Stevens, Mrs Margaret Osei, Mr T. A. Mensah, Mr Constance Agbo, Ms Charlotte Adjei, Mr Joseph Takyi, Mr Joseph Ankomah, Oramus Amoah, made sure that as students leave the walls of this institution, good virtues were inculcated in them”, Mr. Emmanuel Kojo Kwarteng an Old Students told senaradioonline.com.

This year’s celebration, which has been code named by the Old Students as ‘Make or Break’, would witness high ranking Heads of Institutions who are old students such as the GJA President Mr. Albert Kwabena Dwumfour, Mr. Kwasi Amoako Atta, Minister of Roads and Highways (MP), Dr. Toni Aubynn, former CEO of Minerals Commission and Ghana Chamber of Mines, Mrs Gifty Ampofo Twum.