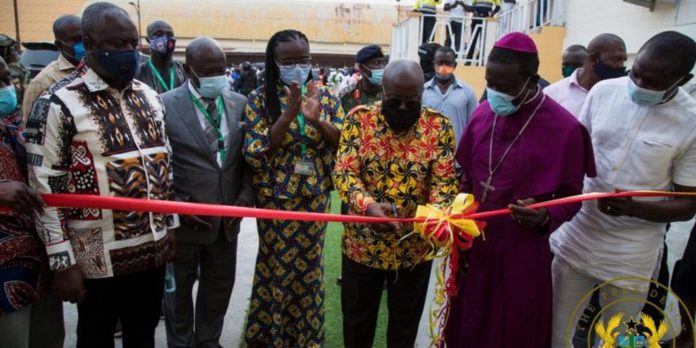 This was as part of his four-day tour in the Ashanti region which commenced on Wednesday, November 4, 2020.

The tour saw the President at Fomena, Akrokeri, Obuasi and New Edubiase, where he commissioned other projects.

The President, at the inauguration ceremony, pledged the government’s commitment towards the growth and development of the University.

He assured that the necessary structures would be availed to the Obuasi campus.

The idea of starting the KNUST- Obuasi Campus came up on January 22, 2019, when President Akufo-Addo launched the Obuasi Mine Redevelopment Project.

The Paramount Chief of Bompata Traditional Area, Nana Effa Apenteng, who is also the Chairperson of the Governing Council of KNUST, acknowledged Akufo-Addo for supporting their dream.

“In the presence of the Chancellor of the University, His Majesty Otumfuo Osei Tutu II, you (President Akufo-Addo) magnanimously agreed to support its establishment,” he said.