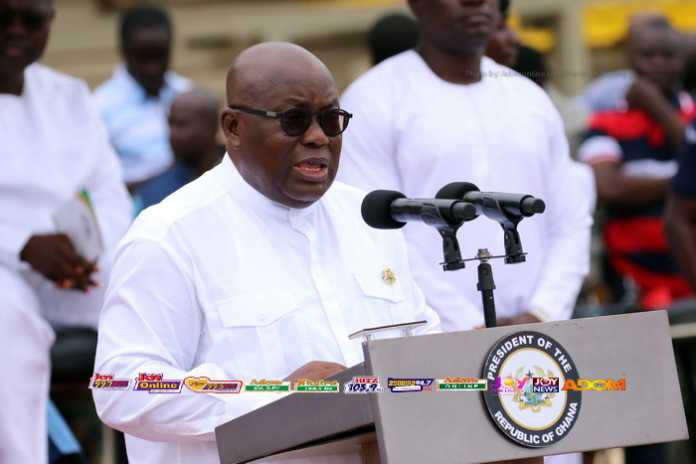 President Addo Dankwa Akufo-Addo has spoken for the first time on the banking scandal, refuting claims that there is a government-led effort to collapse indigenous banks.

“We cannot have a situation where the dominant banks in our country are all foreign banks. It is very dangerous for our future if we allow that to happen. But if our own indigenous banks are performing poorly, at the end of the day, we do not take care, one by one, they will all go under.

“We are trying to make sure that the banking sector of our country has strong indigenous banks which can compete successfully with these foreign-owned banks. It is not a process to eliminate indigenous banks. It will not make sense to do that at all…I am a politician, I want the votes, but I think that I’m required first of all to do what I consider right for our people than worry myself about the impact of it on my political support,” the President said.

Akufo-Addo made the comments when he addressed the Ghanaian community in Rwanda’s capital, Kigali on Thursday.

There have been allegations that the collapse of some seven banks between last year and this year is part of a deliberate effort to boot out local banks and make way for vested interests of some persons in government.

Opposition National Democratic Congress (NDC) Legislator for Bolgatanga Central, Isaac Adongo, for instance, has accused Finance Minister Ken Ofori-Atta of working together with the Bank of Ghana and the Security and Exchange Commission to collapse banks that are competing with Databank in the financial sector.

Mr Ofori-Atta is the Founder of Databank.

Defending the decision by the Bank of Ghana to consolidate five of the banks into Consolidated Bank of Ghana (CBG), and authorising the GCB to take over two other banks, Akufo-Addo said if such actions and other measures put in place by the central bank were not taken, other indigenous banks would also collapse.

The banking sector is reeling under a major challenge following the collapse of the seven banks.

UT Band and Capital Bank were taken over by the state-owned GCB Bank last year over liquidity challenges and breaches of banking regulations.

The five banks, according to the central, had become highly insolvent.