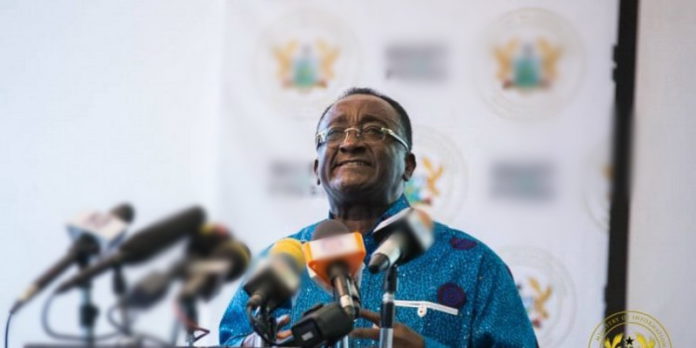 President Akufo-Addo has named Owusu Afriyie Akoto to supervise activities at the Ministry of Food and Agriculture.

He is expected to oversee dealings at the Ministry as plans are put in place to get a substantive representative for government in the sector.

“Pending the re-composition and reorganization of government, I am directed by H.E. the President to request that you act as his representative at the Ministry of Food and Agriculture,” a letter from Presidency cited by Myjoyonline.com read.

According to the letter signed by Chief of Staff, Akosua Frema Osei-Opare, Dr Afriyie is expected to “take note of provision 14 (5) which states that “you shall not take a decision involving a policy issue.”

The former Agriculture Minister was also directed to “act in accordance with letter No. SCR/DA555/01 dated 21st December which gives directives on financial commitments, recruitments among others.”

President Akufo-Addo after his investiture on January 7, 2021 appointed Caretaker Ministers to hold the fort pending the substantive appointments.

This follows the expiration of his first term and the commencement of his second four-year term on January 7, 2021.