Actor John Dumelo is allegedly set to marry his long-time secret girlfriend this weekend, somewhere around Spintex in Accra.

John Dumelo will reportedly hold a traditional wedding ceremony at the residence of his fiancée, Mawunya, at Spintex this weekend and has invited very close friends and family.

Mawunya is a close friend of popular Actress, Nadia Buari who is suspected to have been the ‘betweener’ of the relationship.

ALSO READ: Wizkid replies Shatta Wale with what will surprise you

Tittle-tattles also has it that Dumelo is very busy preparing for the D-day, the reason he’s been less active on social media, lately. 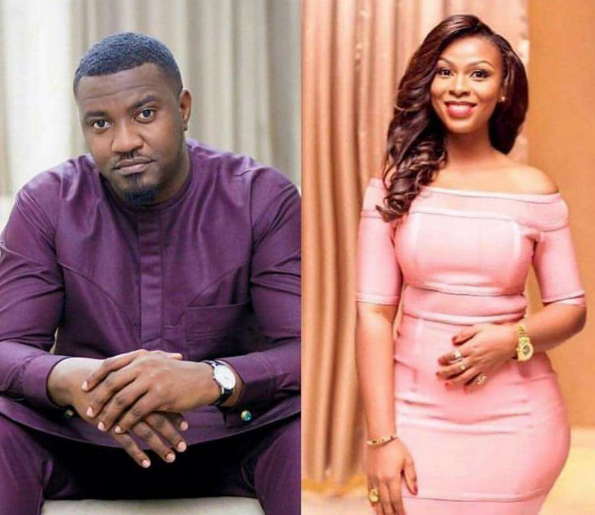 A check on Dumelo’s Instagram page reveals he hasn’t updated anything since 30th April.

ALSO READ: VIDEO: I was slapped for pressing a woman’s breast – Funny Face

On his twitter handle (which he uses most), his last tweet was 9 hours ago against what he is known for – regularly twitting.

This time around, the marriage thing appears to be true.

Few months ago, the Actor posted a finger of a woman on Instagram supposed to be his fiancée with a ring on her finger with the caption ‘She said Yes’ only for us to realize later that it actually the fiancée of his friend Frederick Nuamah who actually proposed to his girlfriend on a plane.