Abedi Pele’s brother has launched a scathing attack on the pastor who claimed the Ghana legend will die this year insisting, ‘we are Muslims and we don’t fear death’.

Sola Ayew slammed the Christian preacher-man Prophet Reindolph Oduro Gyebi saying the family is not moved by such prophesies, adding that the pastor must rather focus of preventing himself from dying.

The former midfielder dared the General Overseer of God’s Crown Chapel in Kumasi to provide the date of death of the three-time African Footballer of the Year award winner.

Prophet Reindolph Oduro Gyebi shockingly predicted on Wednesday that Ghana’s senior national team the Black Stars will be involved in a fatal plane crash in September and the country’s legend Abedi Pele will also die this year.

The pastor, who became a household name after his prophecy on the Kintampo waterfalls disaster in Ghana came into fruition, said the Black Stars entire delegation will die in a fatal air crash in September.

The pastor, nicknamed Eagle Prophet, said the looming death of the ‘Maestro’ can only be averted if the father of Andre and Jordan Ayew visit him to perform some rituals to exorcise his demise.

However, the former Accra Hearts of Oak midfielder Sola Ayew says they will not fall for the trick as they will welcome death with open arms citing previous deaths in their family.

“We as Muslims know that death is part of life as a human and by all means we will die someday so we are not worried.

“If the pastor claims he knows the date of death of my brother let him name it. Or tell him to focus on saving himself from dying. He will also die one day.

“We will not approach him because he is not God. Our living and death is all in the hands of God and when He decides we will accept it like those in our family who have died previously.”

The pastor claimed former national team superstar will die from a strange sickness and needs urgent intercession prayers to save him from the impending death.

Prophet Oduro Gyebi was speaking on Kumasi based Abusua FM when he claimed that spiritually he has seen the former Marseille star dying through some strange sickness cast on him by an enemy.

“While I was praying I saw that Ghanaians celebrating Abedi Pele but not in a good way but in a bad way so I prayed to God to save him from any unfortunate death,” Prophet Oduro Gyebi said on Abusua FM on Wednesday.

“If the nation and the family of Abedi Pele must pray to God’s for intervention, the untimely death of the legendary Ghanaian football star, Abedi Pele will not happen as planned by evil people in the spiritual underworld.”

”There is a planned plane crash by the devil to hit the Black Stars team in September, therefore I am trying to reach the head Coach Kwesi Appiah and other officials to do the needful through God’s direction to prevent such disaster from striking the country,” he added.

He is therefore calling on the National Peace Council and government to organize a national day of fasting and prayers for the nation to avert more gory disasters. 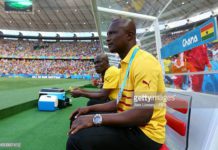 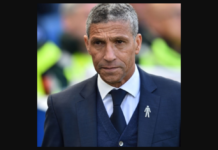