A nine-year-old pupil of Norlivime Bishop Herman Basic School in the Keta Municipality of the Volta Region, has drowned in an abandoned pond within the Municipality.

The incident, which occurred at Goba-Futaga, a suburb of Keta, threw residents in the area into a state of shock and sorrow.

The deceased, Elikplim Aborhor, a class one pupil, was playing with other colleagues when his slippers fell into the abandoned fish pond.

Patience Awudie, the mother of the deceased, said her son, in an attempt to retrieve his slippers, fell into the pond while his other colleagues looked on helpless as they could not rescue him.

She said her son died before other members of the community came to the scene.

She described her son’s death as a shocker, explaining he left home to play shortly after returning from school with his colleagues.

Madam Awudie said the abandoned fish pond had been there for over three years.

Mr Kordzo Aborhor, the father of the deceased, said: “This pond must be covered with immediate effect.”

Madam Ruby Adukpo, the Assemblywoman for the area, said the pond would be demolished to avert any future occurrence, while appealing to parents to be vigilant about the activities of their children.

Relatives of the deceased appealed to the public to assist the Police with information leading to the death of the boy.

The Keta Municipal Police Command confirmed the incident to the GNA, stating that “investigations are underway to establish the circumstances surrounding the death,” the Police source said.

The body of the deceased has since been deposited at the Keta Municipal Hospital morgue pending postmortem. 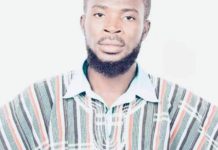 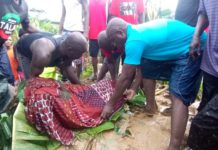 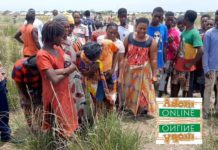