The nut which is about 3-5 cm in length has an ellipsoid shape. A brown to deep brown peel covers it. This peel is removed before it is eaten.

It leaves a bitter taste in the mouth when it is eaten. It is this bitterness that its name is derived. It has been used in African culture for centuries for both traditional and medicinal purposes.

It contains dimeric flavonoid, lipase inhibitor which is believed to have many healing benefits. In Yoruba land, it is called Orogbo. The Hausas call it Miji-goro, while it is called Akiilu by the Igbos.

Health benefits of bitter kola Bitter Kola were eaten mostly by the elderly people because of their belief that it could prolong life.

But the truth is that researches in modern science have revealed that bitter kola contains chemical compounds that will help the breakdown of glycogen in the liver and has other medicinal uses which account for its longevity property in man.

“Bitter kola is anti-poison too, it has the ability to repel evil men and spirits, it could sound superstitious but it works.

The naturalist even said that the seed and the bark of bitter kola should be eaten together in cases where food poisoning is suspected, “it helps to detoxify the system”.

Indeed, it really works! This write-up highlights seven health values of bitter kola and why eating it should be encouraged: 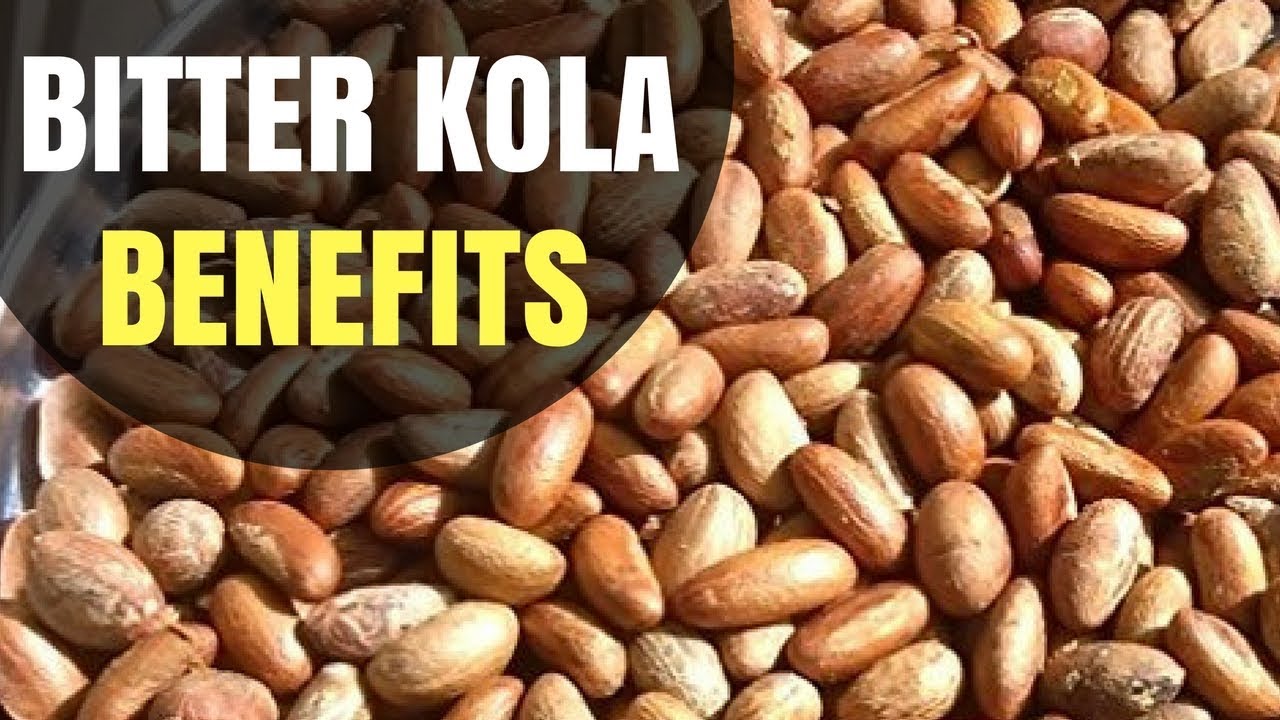 Considerable experimental studies found that chemical constituents in bitter kola have anti-malarial properties. That aside, traditional healers have for many years prescribed bitter kola for the treatment of malaria infections.

Researchers who reported that bitter kola had anti-malaria effect in the 2010 issue of Journal of Medicinal Plants Research, from a survey of plants used by traditional healers in the Democratic Republic of Congo, attributed this to its quinones content.

Furthermore, kolaviron, the powerful chemical compound found in bitter kola, was reportedly tested on a malaria parasite and found to inhibit malarial activity.

Bitter kola (Garcinia kola) has been used for centuries to treat chest colds in traditional medicine, but research has taken a look and found out why it is effective. A study in the 2009 issue of The Internet Journal of Pulmonary Medicine, performed on mice, reports that Garcinia kola improved respiratory function after 28 days of use of a Garcinia extract.

Written by Simon Adekunle of the Ekiti State University in Nigeria, the study shows that Garcinia kola works by dilating the alveolar ducts and sacs in the lungs by improving the strength of the fibers in the lung tissue. Bitter kola’s beneficial lung properties are attributed to its high antioxidant content.

An increase in eye pressure can lead to glaucoma, according to a report from The New York Times Health Guide. Researchers at Lagos University Teaching Hospital in Nigeria tested the effectiveness of eye drops that contained 0.5 percent extract of Garcinia kola.

The results of their study, published in the January 2010 issue of Middle East African Journal of Opthamology, showed that the opthamolic solution that contained the Garcinia significantly reduced eye pressure when used twice a day.

Bitter Kola has been known to be a natural hunger suppressant and also increases the urge to drink more water.

Bitter kola is a potent antibiotic which could be efficacious in the treatment of HIV and AIDS. A researcher with the Nigeria Natural Medicine Development Agency (NNMDA), Mrs Chinyere Nwokeke said that bitter kola could be used in treating opportunistic infections associated with HIV.

She said: “Bitter kola is highly recommended in the treatment of HIV and AIDS because of its antibacterial, detoxification, and cleansing properties”. She also said that the chemical, Saponin, in bitter kola is responsible for its cleansing effect. Saponin is mainly used as tonic for the liver, it enhances the functions of the liver and gallbladder.

Osteoarthritis is the most common form of arthritis, characterised by pain, inflammation and limited movement in the joints, according to the National Institutes of Health. Causes of osteoarthritis can include joint injury, obesity and aging.

Since many arthritis sufferers prefer natural herbal medicines to other pain relievers and medications, researchers at Obafemi Awolowo University in Nigeria tested the effects of Garcinia kola against arthritis symptoms.

The results of the study, written by Olayinka O. Adegbehingbe and published in the July 2008 issue of the Journal of Orthopaedic Surgery and Research, conclude that Garcinia kola significantly reduced inflammation and pain and increased joint movement in subjects that had osteoarthritis symptoms.

Another importance of bitter kola is that it repels snakes.

It can be used to chase snakes away. For snake prevention, spread it around the building. It would be recalled that Nigeria’s world-renowned Professor, Maurice Iwu during the Ebola Virus Disease (EVD) said bitter kola could be used to prevent EVD.