About 232 out of the 674 public senior high schools (SHSs) in the country score below 30 per cent in the West Africa Senior School Certificate Examination (WASSCE) annually.
Some of these schools score zero per cent, indicating that not a single student from such schools qualifies to enter any tertiary institution in the country.

A Deputy Minister of Education in charge of SHS/Technical and Vocational Education and Training (TVET), Dr Yaw Osei Adutwum, who revealed this in an interview, said such schools were not only found in the rural areas, that “it is shocking that some well-known schools in Kumasi and Accra have 20 per cent pass rates, while others have as low as four per cent pass rates”.
Poor performance
Dr Adutwum said only about 35 per cent of WASSCE candidates were able to score between A1 and C6; thus, qualifying them to enter any tertiary institution in the country.
“The rest of the 65 per cent fail, yet there are headmasters in such schools who still sign for their salaries,” he said.
He stated that currently, statistics available indicated that of every 100 students who took the WASSCE, only 12 could progress into tertiary institutions.
Education in crisis
Expressing concern about the standard of education in the country, Dr Adutwum said: “We have a problem on our hands. We have a crisis in the Ghana Education Service (GES) and the education sector.”
He said the management of the education sector had realised that there was now the need to turn more attention to quality instead of access.
Dr Adutwum said apart from quality and access, “we also have the issue of management reforms”, and added that it was obvious that some heads of schools had no business being heads. 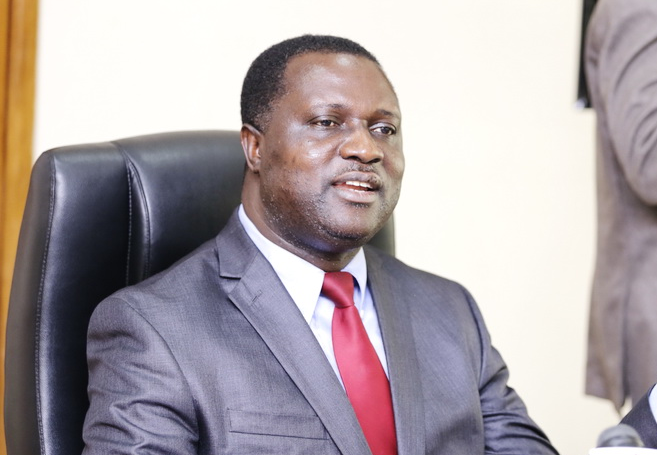 Dr Yaw Osei Adutwum
Leadership skills
“But it is not his fault because nobody sent him to school to be qualified in education leadership, management and administration to head a school,” Dr Adutwum explained, adding that it could no longer be business as usual.
He noted that the conventional thing had been that after teaching for some time, a teacher qualified automatically to head a school, insisting that that practice must stop.
He said currently, there were heads of schools who could not read financial reports or did not know how to handle resource management.
Leadership training
Dr Adutwum announced that the ministry was working with the GES to set up a leadership training institute where headmasters would be equipped with the relevant skills, saying: “If we do not do this, we are still going to get the four per cent, the one per cent, the zero per cent and the headmaster still has his job.”
Dr Adutwum explained that the fact that a teacher could teach very well did not automatically mean that he or she could be a good headmaster or headmistress.
He said the essence of the institute would, therefore, aim at equipping young teachers to pass through the ranks to be headmasters.
Dr Adutwum explained that the idea was also to move away from engaging teachers who had taught for about 30 years before becoming headmasters to grooming young ones to take up such positions.