Midfielder Mario Gotze has been named in Germany’s World Cup squad after a five-year absence.

Goetze, 30, who scored the wining goal in the 2014 World Cup final, has not played for Germany since a friendly against France in November 2017.

Bayern Munich teammates Manuel Neuer and Thomas Muller will be playing in their fourth World Cup.

Moukoko and Werder Bremen’s Niclas Fullkrug, who has scored 10 goals in 13 Bundesliga games this season, have both been called up for the first time.

Defender Mats Hummel, who played at the last two tournaments, has been left out by manager Hansi Flick, while Dortmund captain Marco Reus misses out on another World Cup with an ankle injury.

RB Leipzig’s Timo Werner, formerly of Chelsea, is also out after suffering an ankle injury earlier this month that will keep him out until 2023.

Germany kick off their World Cup campaign against Japan on 23 November before facing Spain and Costa Rica in Group E.

They are set to play a warm-up game against Oman on 16 November. 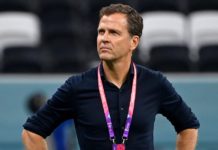 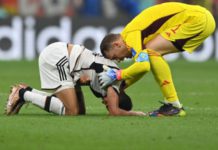 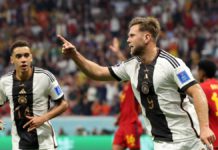 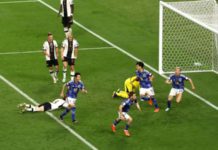 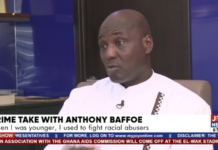