The Black Galaxies of Ghana will face Cameroon or Niger in the quarterfinal stage of the ongoing 2022 African Nations Championship (CHAN) in Algeria.

The clash will be staged at the Miloud Hadefi Stadium, Oran on Saturday, January 28, 2023, with kick-off scheduled at 19:00GMT.

This was confirmed after Madagascar beat Sudan 3-0 to top Group C in the final group game on Monday evening.

Ghana finished second with 6 points, following a 3-1 victory over Sudan and 3 awarded points for Morocco’s withdrawal from the competition.

However, the Black Galaxies will be without captain Daniel Afriyie Barnieh who picked up a red card in the second group game against Sudan.

One of either Cameroon or Niger can pick the only qualification slot from Group E when they face off on Tuesday, January 24.

Cameroon pipped Congo 1-0 to go top of the three-team group while Niger drew goalless with the Congolese.

The winner of Ghana’s quarter-final tie with Cameroon or Niger will play Algeria or Ivory Coast in the semi-final. 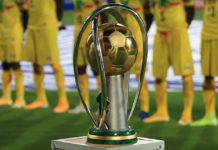 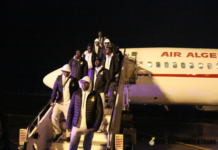