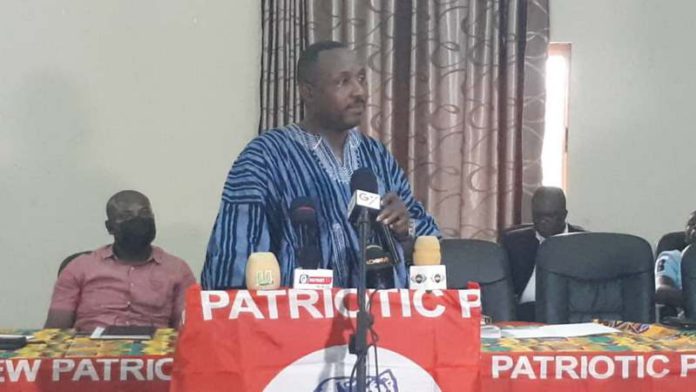 The General Secretary of the New Patriotic Party (NPP) has accused the Minority in Parliament of deliberately orchestrating what is intended to cause a political embarrassment to the ruling government.

Parliament rejected the 2022 budget statement with the Minority springing up some five preconditions under which the Majority can court their cooperation in a reviewed budget.

But at a press conference in Koforidua in the Eastern Region, John Boadu took a swipe at the Minority saying  they have the right to debate and share their opinion but don’t have the right to determine what goes into the budget of the ruling government.

“The NDC’s attempt to dictate the content of the budget statement from opposition is an assault on the clear provisions of the 1992 constitution,” he said.

He said article 58 vests executive power in the president and gives effect to his ability to present a budget to Parliament under article 179.

He described the action of the Minority as usurpation of power, adding that Parliament cannot force the Executive in the manner the Minority is doing. “Article 108 expressly limits the area of financial determination especially the imposition of taxes and expenditure to the president.”

“The NDC ultimatum demanding for explicit inclusion of funds for disaster relief may be overreaching the constitutional authority of the Minority in parliament,” he said.