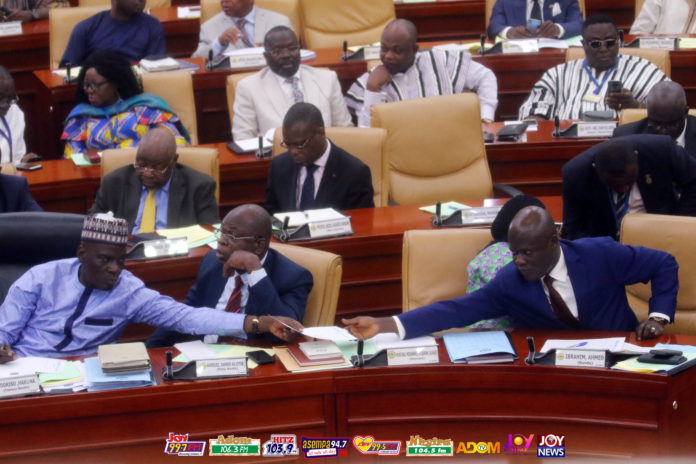 The Minority paid rapt attention in Parliament as the Finance Minister, Ken Ofori-Atta delivered the 2020 Budget statement in the House on on Wednesday, November 13, 2019.

Government claims it has directly or indirectly put an amount of 12.2 billion cedis into the pockets of many Ghanaians since 2017 through its major initiatives and social interventions.

But the Minority believe the socio-economic conditions in the country has grown from bad to worse.

Adomonline.com captured the mood of some Minority Members of Parliament in the pictures below.

SEE THIS: If you don’t respect me, you can’t come to me’ – Amidu tells Deputy AG in court