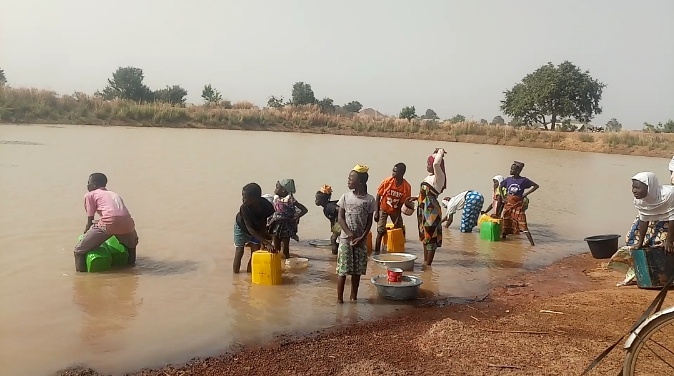 Almost three out of every five public schools in Ghana do not have access to drinking water supply facilities while 30 per cent do not have toilet facilities.

This translates into over 2.5 million school-going children being at risk of preventable water supply, sanitation and hygiene (WASH)-related diseases, a statement issued by the Coalition of NGOs in Water and Sanitation (CONIWAS) has said.

It, therefore, called on the Government to close the access gap in the provision of drinking WASH facilities and services in schools.

The statement, signed by Basilia Nanbigne, the Executive Secretary of CONIWAS, and copied to the Ghana News Agency on Thursday, said closing the access gap involved the provision and upgrading of WASH facilities, which were child, disability and gender sensitive.

It also involves the provision of safe, non-violent and inclusive learning environments for all in compliance with the Sustainable Development Goals (SDGs)-4a.

The statement said existing evidence showed that the majority of school compounds and WASH facilities, especially toilets, did not meet the required minimum standards.

“What is more alarming was that between 2013 and 2018 access to toilet facilities in schools improved by only one per cent, which implies that if the trend should continue with one per cent every five years, it would take Ghana 150 years to close the access gap of 30 per cent for sanitation in schools alone.”

Meanwhile, it said, the SDGs required countries to provide safe sanitation for all within the next 11 years.

There was a two per cent increase in the access gap of drinking water facilities in public basic schools from 56 per cent in 2013 to 58 per cent in 2018, making the situation more worrying, the statement said.

“Even for the existing toilet facilities, several of them do not have separate changing rooms for girls, forcing menstruating girls for instance, to stay away from school during their periods.’’

“Thousands of school toilet and water facilities are also not disability-sensitive, further complicating school life for pupils with disability.”

This, the statement noted, raised doubts about the sincerity in the national rollout of the Minimum Standards for WASH in Schools, developed by the Ghana Education Service (GES) in 2014.

It emphasised that if the minimum standards were followed and applied to every school, it would not require any miracle to meet the SDGs.

“The question, however, is how much have these standards been rolled out or adhered to even in new school blocks?”

“CONIWAS, therefore, calls on government to, as a matter of urgency, close the WASH in Schools access gaps of 30 per cent for sanitation and 51 per cent for water and adhere to the minimum standards…developed by the GES.”