Most people can’t imagine their vacation without some body of water nearby, be it a lake or an ocean. But there are waters on our planet that can be deadly for revelers.
Bright Side would like to tell you about several places on Earth whose beauty is only for watching from a safe distance. And for those who aren’t satisfied with these, scroll to the end of the article for a savory bonus.
10. Great Blue Hole, Belize

Tides turn the Great Blue Hole into a huge vortex that draws in everything on the surface, while ebbs make it spout huge columns of water. Despite all this, though, there still are many who want to see this hole because Jacques Cousteau himself called it one of the best places for diving on Earth.
9. Jacob’s Well, Texas, USA

This 30-foot deep natural well with crystal clear water is one of the most dangerous diving places in the world. At the bottom of Jacob’s Well there are several entrances to a broad network of caves that many are unable to leave.
8. Lake Michigan, USA

Lake Michigan is almost as notorious as the Bermuda Triangle because it’s over this lake that one of the most horrible air crashes in North America occurred for no logical reasons.
Riddles aside, the lake is a real danger due to its suddenly forming currents that, according to some sources, take several dozens of lives each year.
7. Lake Natron, Tanzania

Lake Natron is one of the saltiest and most alkaline lakes on Earth, covered with a salt crust that’s sometimes colored red. The water temperature reaches 120°F (50°C) in certain places, which makes it, along with alkalinity, almost unfit for life. Only three kinds of fish live here, adapting to the extreme conditions.
6. Blue Hole, Dahab

The Blue Hole is possibly the most dangerous place for diving in the world as many divers have died in this 400-foot deep cave. Experienced divers say, though, that properly trained people with experience can dive without fear: the cause of death is usually nitrogen narcosis or insufficient air capacity upon ascent.
5. Horseshoe Lake, USA

The carbon dioxide emitted from the fissures in the bottom of Horseshoe Lake is deadly for everything. The lake was the cause of death of four people, as well as trees growing 100 acres around it. The danger is announced by signs all around.
4. Boiling Lake, Dominica

This mountain lake located eight hours from the ground may heat up to 198°F (92°C) due to hot air spurts from beneath the ground — they often neighbor with lava. Swimming in the lake is strictly prohibited even if there are no characteristic bubbles on its surface because boiling starts in a matter of seconds.
3. Rio Tinto, Portugal/Spain

Fossil excavation that has been carried out at the head of the Tinto River for more than 3,000 years lead to it being saturated with copper, iron, and heavy metals, with the acidity leaping sky-high. However, even in such conditions there’s the river’s own ecosystem that includes bacteria that oxidize metals and make the water bright red.
2. Drake Passage

Lots of icebergs, wind speeds reaching 80 miles per hour, strong currents, and poor visibility are part of the ordeal that ships going through the Drake Passage must survive. The passage is considered a veritable ship cemetery for boats that capsized here from Magellan’s times until the discovery of the Panama Canal in the 20th century.
1. Lake Kivu

This seemingly peaceful lake keeps a deadly secret: there are layers of CO2 in it and 55 billion cubic meters of methane at the bottom. Even the slightest earthquake may cause a huge explosion capable of evaporating over 2 million people living around Kivu.
Bonus: water creatures

If you ever decide to swim in a river, lake, or just about any other body of water, make sure to check if it is safe to bathe there, because even places that attract tourists may well be infested with lampreys, hagfish, leeches, or other unpleasant fauna. Look up the water you’re about to plunge into on the web and stay safe! 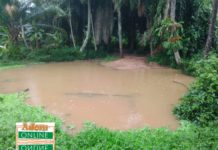 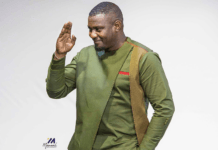 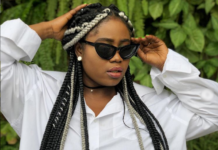 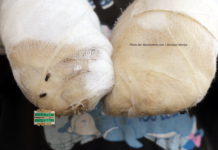