Former Deputy Minister for Communications, Frederick Opare-Ansah, who is a New Patriotic Party General Secretary hopeful, has shared his opinion on the conduct of Adwoa Safo.

According to him, the MP for Dome Kwabenya’s issue shouldn’t be handled harshly.

He said the dismissal of madam Safo from parliament requires her own vote too and therefore the party members should confront and understand the motive behind her actions.

“We all know Adwoa Safo has an issue but her issue should not be handled harshly and it applies to every parliamentarian. If the case is not handled carefully and another member joins her, there will be a serious problem.

“Even to be able to dismiss Adwoa Safo from parliament through the parliamentary process, you will still need her vote too and do you think she will vote herself out of the parliament?“ he asked.

He spoke with Akua Boakyewaa Yiadom on Burning Issues.

The party will come back to its feet if the party unites and listens to its grassroots.
“The executives failed to ensure unity and also failed to calm the anger of the grassroots which I think caused the hang parliament,” he explained. 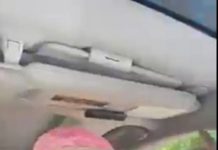 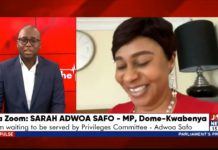 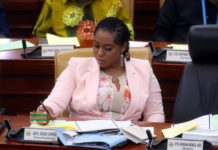