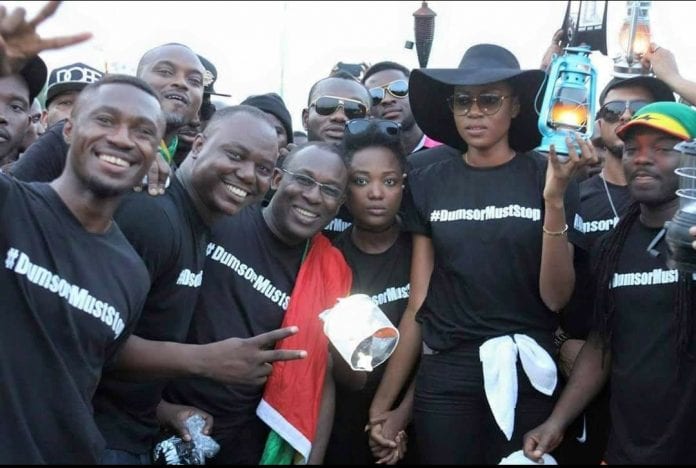 Ghanaian actor, Clement Bonney, popularly known as Mr Beautiful, has alleged that actress Yvonne Nelson was funded by a political party in 2016 to hold her ‘Dumsor Must Stop’ vigil which happened in Accra.

According to him, he wants to meet her head-to-head to seek answers as to how ‘dumsor’ folded the Ghanaian Movie Industry.

In an interview on Okay FM, Mr Beautiful, who is an ardent supporter of the National Democratic Congress (NDC), said there was no basis for her championed demonstration against former President John Mahama in 2016.

He also expressed his disappointment in Sarkodie for supporting the campaign which he described as bogus and rubbish.

This was 2016 and the industry crashed before 2016. Yvonne Nelson should tell me otherwise She is a damn liar. Let her come out I want to meet her one-on-one.

Okay ‘dumsor’ killed it how about music industry? Let’s call Appietus. They only made it political. I need Sarkodie to point to him that what he did was bogus. It is rubbish.

Talking about the way forward, Mr Beautiful urged Ghanaians to vote for John Dramani Mahama because he is an entertainer himself.

You see, let me tell you. I wish every Ghanaian gets an opportunity to walk with him for like 30 minutes. Do you know he is a DJ? The other side of him is that he loves music.

I am telling you the gospel truth and I am showing you the trend, the Danquah-Busia tradition knows nothing and can’t do anything for the entertainment industry because they do not believe in it.

What have they done for the entertainment industry in Ghana, tell me? Mr Beautiful concluded. 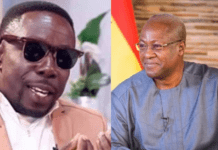