Ghana’s Passport Office was relocated with houses occupied by 14 court of appeal judges at Ridge in Accra demolished to pave way for the construction which has been criticised by many Ghanaians.

Reverend Kusi Boateng, speaking in an interview on Asempa FM’s Ekosii Sen, said the location is what will give the facility the value it deserves.

According to him, the country is not just building a cathedral but an economic icon for revenue generation to support developmental projects in Ghana.

“We cannot take a $100 million facility to the outskirt of the town where you can’t even get someone to buy for $1 million when you want to sell it off so we needed to build in a positive area which can attract people.

“We spent money to build the Accra International Conference Centre while government is building over 40 astro turfs but nobody is complaining yet the cathedral is being criticised,” he lamented.

Rev Boateng further stressed the Board of Trustees will never compromise on the construction despite the criticisms it has received.

“I have sacrificed too much because I feel this must be done and was shocked when someone once told me posterity will judge me if I don’t get this done,” he said.

President Nana Akufo-Addo is set to break the ground on Thursday to pave way for the construction of the national monument. 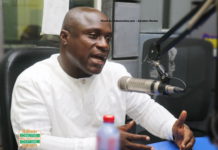 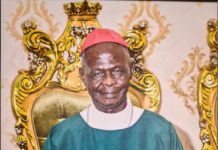