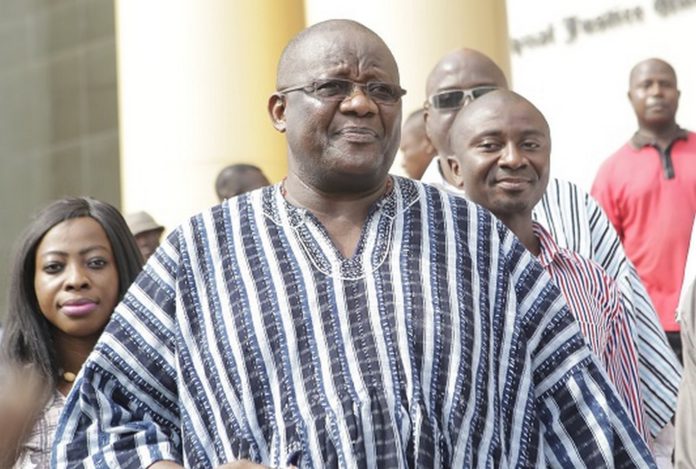 JoyNews/AdomNews · Why Paul Afoko has not been re-instated

Former National Chairman of the New Patriotic Party (NPP), Paul Afoko, will have to write to the party to have his suspension lifted.

According to General Secretary John Boadu, the National Executive Council (NEC) will consider his petition if he writes to them.

The NPP chief scribe was reacting to concerns raised about the status of Paul Afoko after the party lifted the six-year suspension on former General Secretary, Kwabena Agyapong.

They were found guilty of violating Article 3(d) of the party’s Constitution, which enjoins members to uphold the party’s decisions, publicly through various acts.

Though Mr Afoko challenged the decision in court, he lost. After six years, Mr Agyapong requested the suspension be lifted to enable him serve his party.

His request was granted by NEC on Tuesday May 11, 2021 after passionate appeals from President Nana Akufo-Addo and other party stakeholders who argued that he is an indispensable asset to the NPP.

But since former Chairman, Mr Afoko has not made any request in writing, Mr Boadu on Asempa FM’s Ekosii Sen programme Tuesday said they are handicapped.

He stated that Mr Agyepong, despite his suspension, toured all 16 regions with President Akufo-Addo during the 2020 electioneering campaign.

His conduct, Mr Boadu said played a huge role in the decision to re-instate him. However, the situation is not so for the others.

“We cannot lift the suspension when he [Afoko] has not indicated to us. What if he rejects our decision to re-instate him?” he quizzed.