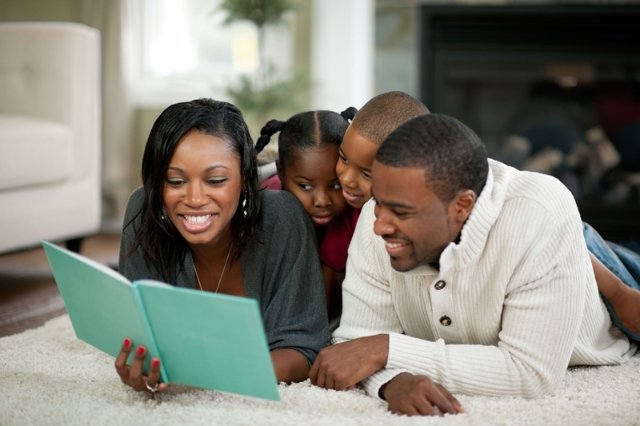 We were young when we got married. People marry for various reasons but if you ask me why I married my wife, the only answer that I can think of is love. I found her in March 2012 and proposed to her. In June 2012, we started talking about marriage and starting a family together. In September 2012, we did the knocking. Her father asked, “Are you guys so sure about what you’re about to do? You’re young and barely know each other, why don’t you give it some time?”

I said, “We want to get the ‘knocking’ off our way so we’ll know what’s expected of us and be ready. We are not rushing. We’ll take our time from here.” I was twenty-five and she was twenty-three but we felt so ready to be with each other and start a family as soon as possible. In January 2013, in a church downtown where she grew up, we exchanged vows to become one flesh until death do us part.

We didn’t have plans for our lives. I understand couples plan about everything concerning their lives—where they’ll live, how to manage their finances, who does what and who gets to say what. We didn’t have such plans. The only plan we had was on how many kids we were going to have. We didn’t want so many. She wanted two and I wanted two too so we decided to have just that.

We had our first child on my wife’s birthday—a girl. A girl who took after her mom in everything. If you put her mom’s childhood photo side by side with hers, you might not see the difference. A carbon copy indeed. We named her after my wife because of the striking resemblance. A little over a year later, we had our second child. Also a girl. What was left was for us to bring these kids up in a way we deemed fit.

I like kids, especially those who had just started to walk so when my girls got to that stage, I took over their care. I was changing their diapers, feeding them, reading, and playing with them while my wife took care of other things. In the mornings, while she cooks their school meals, I’ll get them up, bath them and dress them up for school. I’ll drive them to school and bring them back home when they close.

The kids grew used to me.

They wouldn’t allow their mom to do anything for them. When they cry, they run to me to make them stop crying. When they are hungry, I’m the one they run to. When I’m not home, they’ll keep asking about me and stay awake till I come knowing I’ll be bringing them gifts from town. I didn’t see anything wrong with the way I was with the kids. Unbeknownst to me, my wife was agitated. She didn’t talk about it plainly, instead, she resorted to insinuations; “You’ve stolen my kids from me.” “Eiii these kids, do they know I’m their mother?” “I’m very sure these kids hate me.”

It was all a joke to me until one morning, she walked up to me and said, “Hey I’m pregnant.” “Pregnant? How? How is that possible? You’re no longer on the family planning?”

“No, I’m not, I’ve had it removed long ago because I wanted to get pregnant again.”

“And you didn’t say anything to me? Not even a word? What happened to our plans to have two kids?”

“These two kids are yours. From all indication, they don’t like me. I want my own. One that will run to me when he cries.”

“Are you serious? No, tell me you’re joking. These are just kids, only three and four years. They don’t even know what they’re doing so why would you take them seriously?”

“They know what they’re doing paaa. I learned girls love their fathers so I’m not surprised. I pray this is a boy so he’ll grow to like me.”

She wasn’t making sense to me but she had this smirk on her face that said she knew what she was doing. And from the way she was behaving, I was scared she was going to hate the kids so I told her to handle the kids going forward so they could warm up towards her. She tried but her problem was, any time one of them put up a resistance, she’ll let them be and call me to handle them. “Dear, it doesn’t work that way. They’re your kids. Be stern if you want to break them towards you but the way things are going, you make it look like you’ve accepted defeat.” She’ll say, “They are yours. Mine will be coming soon.”

She did an ultrasound and was told the baby was a boy. That day we didn’t have it easy in the house. She kept singing and dancing around the house as though she had won some lottery. From that day onward, it became us and them—me and the girls against her and the unborn baby. When the kids cry or scream, she’ll jump on them, beat them, and ask them to keep mute so they don’t disturb her child—the child in the stomach. She treated her own children as though they were outcast. She didn’t see eye to eye with them.

“Maybe she’s depressed, try and look for a therapist for her,” a friend suggested to me. I tried to seek counseling with her but she ended up telling me to fuck off. “So you think I’m mad? You and your kids won’t kill me here. I’m very sane. Wait until my child comes and you’ll see the difference.”

“Her child.” No longer OUR child.

I reported the issue to her parents. They called us and spoke to us for hours. When we came back home that day, things got worse. The kids started shrinking anytime they saw their mother. When they’re playing and the mom passes by, they’ll both stop playing and stay quiet until the mom leaves. Even me, I started getting uncomfortable in her presence. We didn’t talk a lot. All the fun we used to have had been sucked dry by her attitude. She preferred talking to the baby in her stomach than to talk to us.

That night I was in the bedroom with the kids, teaching them their homework when I heard her screaming from the hall. I rushed to the hall to find her lying on the floor and screaming. “Darling, what happened?” She couldn’t say a word, she kept screaming and tapping her fingers in the air. I picked her up into the car. The kids followed. That was when I realized she was bleeding. I rushed her to the hospital. The nurses asked what the issue was, still, she couldn’t talk. The pregnancy was a little over eight months old. They rushed her to the theater and an hour or so later, they came back telling me, “We were able to save the baby…”

The nurses or whoever they were looked at me as if I didn’t get what they were saying. Their faces were pale and without cheer. The elderly among them said calmly, “Your wife couldn’t make it.”

“What do you mean by she couldn’t make it? She has to make it. It was just an hour ago that I brought her here strong and screaming. Why couldn’t she make it?” The woman held my hand and led me to her office. The kids followed. She said, your wife had a heavy fall, why didn’t you tell us?” “Heavy fall? How? Where?” I was so lost I didn’t know what to say or do. I looked at the faces of my girls and started crying. They too started crying. I don’t know what made them cry but they cried nonetheless.

When I called my father in law, I didn’t know what to say. I told him, “We are at the hospital, please come with mom.” An hour later, they came and saw my teary face. They got the message and started crying too. They asked how and why. I didn’t have answers apart from repeating what the nurse said, “She had a heavy fall.” They went for the baby and we went home. I couldn’t look at the baby knowing he was the reason my wife died. I struggled to accept him. The pain in my heart was too much, I needed time to take it all in.

When I got home, I looked around the house. One of my wife’s slippers was found under the sofa and the other one behind it. I checked the carpet and saw where she might have tripped. She might have tripped by the edge of the carpet. It was very likely. She was all lively some hours ago but no more. How flimsy is life?

We buried her not long after and the kids went to stay with her parents, including the little boy. I didn’t let a day pass without seeing them. I sent them gift and I sent them love. The boy, he looks so much like me and that makes my heart scream for joy. I couldn’t look at him that day but today, he’s become my pride and strength. I look at him and I remember my wife but not in a sad way. It wasn’t his fault that my wife died. Everything happens for a reason. I don’t know the reason yet, but I believe whatever the reason is, it’s for the best. She gave me three kids and that’s enough blessing to keep me going until the end of my days.