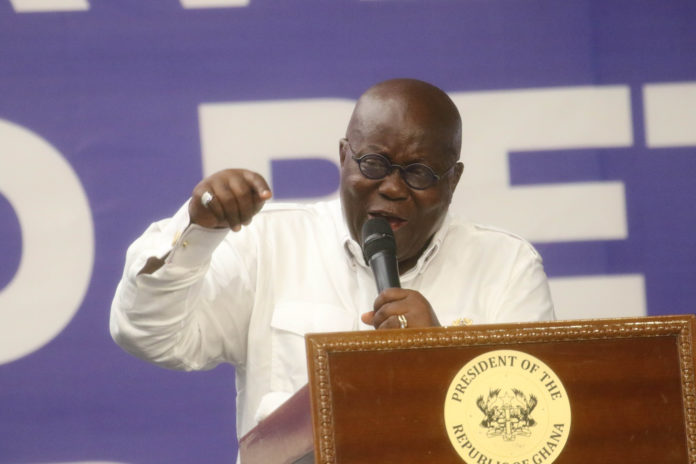 The President believes such a move will be ill-advised and will deprive the youth of access to quality education.

“Since I hinted of introducing the Free SHS policy, the opposition gave all kinds of excuses as to doubt its possible implementation. But now, their stance is not clear,” he said while addressing a rally after the New Patriotic Party (NPP)’s Delegates Conference, Sunday.

Former President John Mahama at a meeting with the Ghana National Council for Private Schools (GNACOPS) in October this year announced that he will review the Free-SHS policy within his first 90-days in office if elected in the upcoming 2020 general elections.

The NDC flagbearer cited inadequate consultation with stakeholders in exploring the most effective ways to implement the programme.

But President Akufo-Addo said his predecessor has no plan other than cancelling the programme.

“All they keep saying is that they will review the policy if they come to power. Is ‘review’ a policy? For someone who said it was a bad policy, their claim to review it only means cancellation. We will not allow them to come and cancel the Free SHS policy,” the President said.

The President also called on Ghanaians to support his government to continue to implement its numerous initiative to help improve the human resource capital of the country.

What Mahama’s No. 2 means to us – Otokunor [Video]

Sammy Awuku makes strong case for Akufo-Addo as he campaigns for...

2020 Manifestoes’ Foreign Policy Positions, an assessment by the GhIIA