Hearts of Oak coach, Samuel Boadu, says he is confident his side will start picking points soon despite their slow start of the season.

The Ghana Premier League champions are yet to win a game in the ongoing campaign after two games played.

Having been held at the Accra Sports Stadium in their opener by Legon Cities, the Phobians were held to a 1-1 drawn game by the Academy Boys at the Red Bull Arena on Friday afternoon in their matchday 2 games.

With two points out of six, Boadu says he is not under pressure and is confident they will pick up points soon.

“The goal that we conceded, from the dugout I could see that it was a misunderstanding or miscommunication that cost us for them to cancel that goal,” he said.

Kofi Kodzi opened the scoring in the 44th minute from a well-taken Salifu Ibrahim pass.

“Not at all [no pressure], me I know myself maybe from the fourth match going things will change.

“When Hearts of Oak start picking up we are unstoppable,” he added.

The young Academy Boys, however, did not allow themselves to be bullied by the defending league champions with Sampson Agyapong pulling the equaliser on the 59th minute after a tap in from close range.

Hearts of Oak will host Aduana Stars in the matchday 3 games at the Accra Sports Stadium. 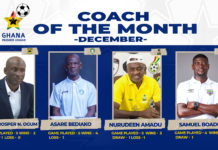 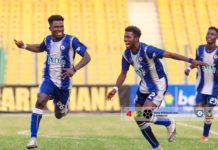 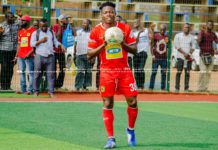