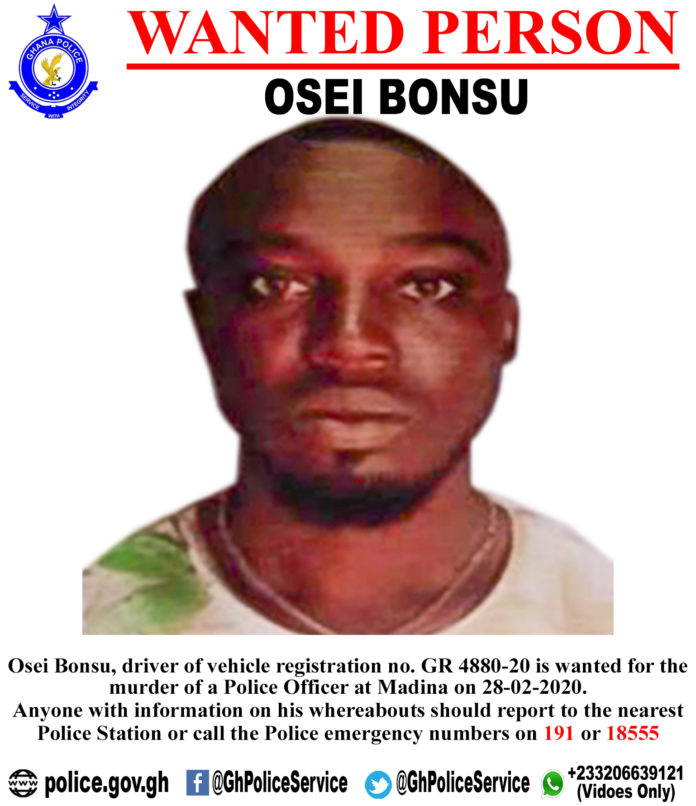 The Ghana Police Service has declared wanted, one Osei Bonsu, the‘trotro’ driver who run over and killed Sergeant Moses Appiah.

The incident occurred around 10am on Friday morning near the Trinity Theological Seminary in Legon, Accra.

The suspect and driver of a Ford Transit bus with registration number GR 4880-20 fled the scene after the incident.

However, his vehicle was towed to the Legon Police Station with his mate nabbed and assisting with investigations.

The police in a tweet on Monday coupled with a photo of the suspect urged anyone with information on his whereabouts to report to the nearest police station or call their emergency numbers.

Sergeant Appiah who was pronounced dead at the 37 Military Hospital until his demise was with the Madina Unit of the Motor Transport and Traffic Department (MTTD).