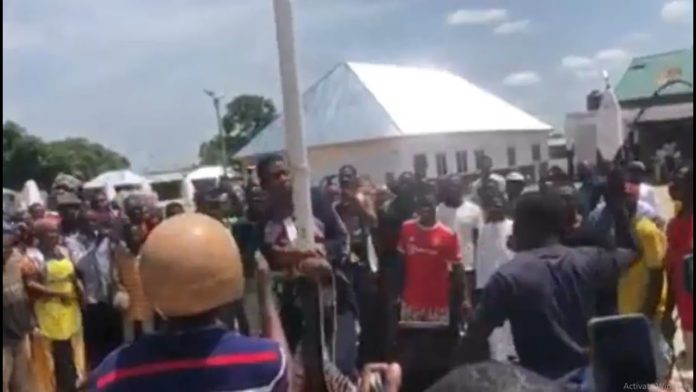 Amnesty International Ghana has called for sanctions against persons involved in the flogging of two persons in the Upper West Region over a leaked sex tape.

“We strongly call on the IGP to use the images in the video to trace, arrest and prosecute all those who approved, condoned and participated in the cruel act in clear violation of the fundamental rights of the two people to serve as a deterrent to others who may consider such acts in future,” it said in a statement.

The two were reportedly arrested by some young men in the town and were given 20 lashes each.

Amnesty International believes the physical assault on the two was not justified.

“We in Amnesty condemn the flogging of the two adults since this is a clear sign of mob injustice, jungle-justice and demeaning of the dignity of the two people contrary to the laws of Ghana. Anyone who engages in such an act must be punished. These acts, if not checked, go to tarnish the human rights records of the country – Ghana,” it added.

Reports indicate that the two were dragged to Ya Naa’s Palace, but he was not available, compelling the young men to take matters into their own hands and deliver punishment.

The incident has been widely condemned by Ghanaians.