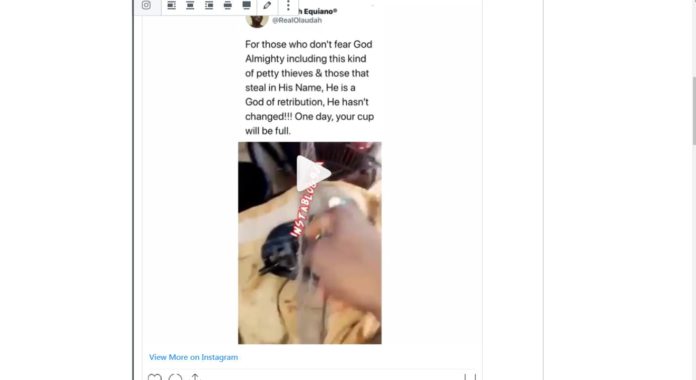 According to a church member who discovered the corpse, the thief had packed all the instruments and wires, destroyed fans and other properties in the church.

The angry church member labelled the thief a “useless idiot” for failing to realize that God watches his church even in the absence of its members.