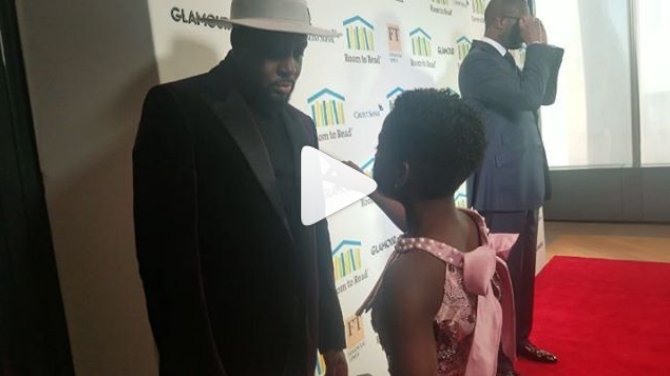 The event aims to raise funds to support the ‘Room To Read’ charity organisation – a Non-Governmental Organisation that seeks to transform the lives of millions of children in low-income communities by focusing on literacy and gender equality in education.

SEE THIS: Kurl Songx pelted with water by fan for ‘failing’ to release hit songs (Video)

Disclosing the event on social media, DJ Switch gave the caption “Behind the scene with @wyclefjean. It’s all about @roomtoread#RtREndofImpossible New York Gala! #switchup👌 #djswitchtotheworld.”

Recently, the talented DJ joined Bill and Melinda Gates and other world leaders to celebrate the ‘Goal Keepers’ in New York and she broke the internet when she engaged France’s President Macron in a conversation.

Watch DJ Switch interacting with Wyclef Jean behind the scenes below:

In another post, she said “I can do all things through GOD who strengthens me. Thank you so much @wyclefjean for this great honour.”