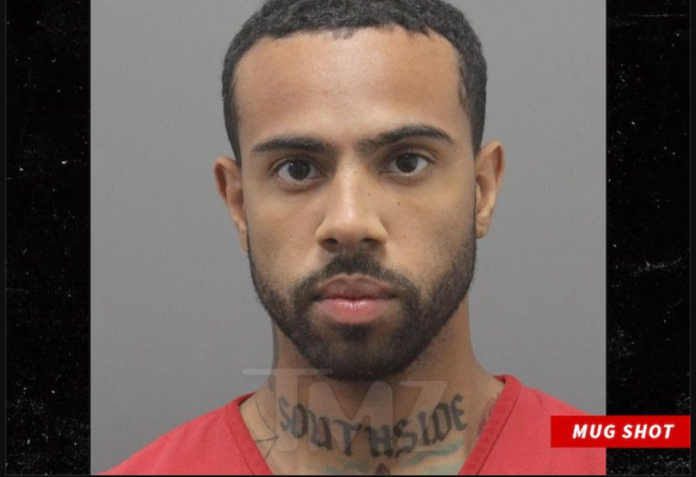 Rapper Vic Mensa has been arrested at the Dulles airport in the United States on his return from Ghana where he had been spending his holidays.

In a report by TMZ, the rapper was apprehended by the U.S. Customs Agents for allegedly possessing a stash of mushrooms.

The rapper was reportedly pulled for a second search after he landed. It was during the search that officials of the law enforcement agency found the shrooms.

According to TMZ, the authorities are still testing the substance they allegedly found to confirm if it is indeed what they suspect it is.

Shrooms, scientifically called Psilocybin, are Schedule I substances — defined as drugs with a high potential for abuse or drugs that have no recognized medical uses — under US federal law.

Thus, Vic Mensa was booked for felony related to narcotics possession when he was taken into custody on Saturday at the Dulles International Airport outside D.C.

Vic Mensa had been in Ghana in December. He was later joined by colleague rapper Chance the Rapper in January 2022.

The duo toured some parts of the country and met with many musicians including Darkovibes, Sarkodie, King Promise and M.anifest.

Vic Mensa and Chance The Rapper later met with President Akufo-Addo at the Jubilee House at the latter part of their tour.

The purpose of their meeting, according to the handlers of Beyond the Return’s Instagram page, was to discuss an idea that could aid in bridging the gap between artistes in Ghana and the U.S.

Chance The Rapper and Vic Mensa hoped to use their strong ties and relationships in the music industry to connect artistes as well as amplify the talent in Ghana and the rest of Africa.