Nollywood actor, Kanayo O Kanayo, has sent a word of caution to the youth of nowadays to live their life as righteous as possible.

The actor said he has observed keenly how morals have fallen, especially in this current generation.

He was speaking particularly based on the recent hike in ritualistic cases.

Unlike the perception many have of him, he advised his followers, particularly those within the 25 to 45 age bracket to desist from anything bloody and unholy.

He reminded that punishment lies ahead of people who take advantage of youthful exuberance to involve themselves in distasteful things.

According to the thespian, not every old person has longevity in their lineage as God may be preserving them for punishment.

He made reference to aged persons who are still suffering in life despite being in their retiring ages.

Using people in civil service as an example, the actor said when they are in power, they act like they are going to be there forever.

He said: “Do you think everybody who is old has longevity in his lineage? I think otherwise. Some people are kept by God to serve out their punishment of what they did when they were younger. When you see some old men around you, don’t think it’s longevity. God is punishing them for what they did to humanity, to people’s wives when they were reigning. Be careful of what you do when you are within the ages of 25 and 45.”

Watch him speak below: 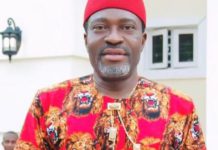 Kneeling to propose to a woman is ’emotional blackmail’ – Popular actor

Veteran actor reacts to being called a ritualist [Video]