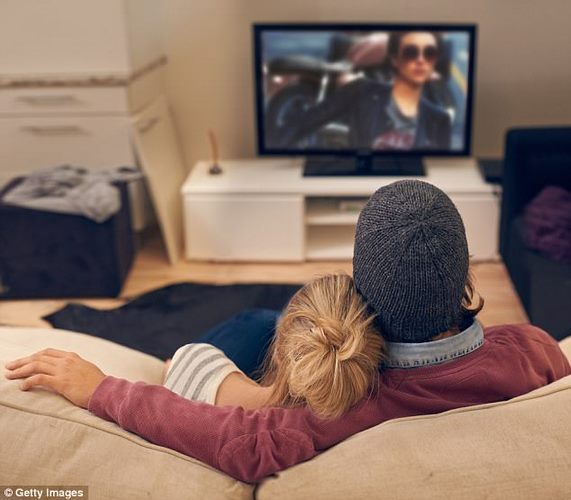 A sedentary lifestyle has gained a bad reputation, and for all the right reasons. It is said that sitting all day long at work can lead to severe health complications. So you worry about your well being but can’t do much about your desk job, then let us tell you that there is another common habit that is more harmful to your health than sitting all day long.

As per a study published in the Journal of the American Heart Association, binge-watching TV is worse than sitting at a desk job all day.

We all know that a sedentary lifestyle is linked to with heart disease, weight gain, and even early death, but researchers say that binge-watching TV is more harmful.

The researchers surveyed 3,592 people and tracked their sitting habit, exercise routine and the number of hours they spend watching television. It was found that individuals who watched more than four hours of television every day faced a 50 percent higher risk of heart disease and premature death as compared to people who watched television only for two hours every day. This simply proves that binge-watching TV is more harmful than sitting all day long at work.

Why does this happen?

People watch television at the end of the day and that is when they tend to consume their biggest meal. Also, they may be completely sedentary for hours until they go to bed. Eating a large meal and sitting for hours is a harmful combination.

Moreover, people end up eating unhealthy snacks when they watch television. While most people also sit for extended hours at work, they also move around, talk to colleagues and even attend meetings, which somehow makes them more active than when they are binge watching.

The study did not discover a link between television watching and heart disease. It is probably a good idea to just cut down your number of hours in front of the screen. Indulge in other hobbies like walking, jogging rather than retiring in front of the TV set.