The Techiman Circuit Court has remanded the 34-year-old self-acclaimed lawyer, Iddriss Yahaya, into police custody to reappear on Thursday, February 13, 2020.

State Prosecutor, Detective Inspector Phamous kwaku Agbasa, presenting fact of the case to court said there had been many complaints against the suspect since his arrest last Tuesday.

He, therefore, prayed the court to give investigators ample time to carry out investigations since they believe more complainants would show up.

His Lordship Alexander Graham, who presided over the case, granted the police the permission for the suspect to be remanded so further investigations could be carried out.

The case, according to the presiding judge, has been referred to the office of the Chief Justice for advice.

The judge added that the Afram Plains Magistrate Court leveled similar accusations against the suspect and would want to have him in their courts. 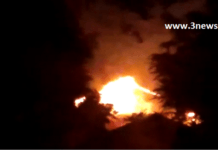 Fire razes over 50 shops at Techiman 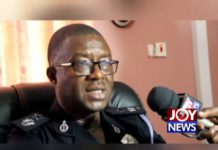 Video: Two arrested with 294 slabs of marijuana in Techiman