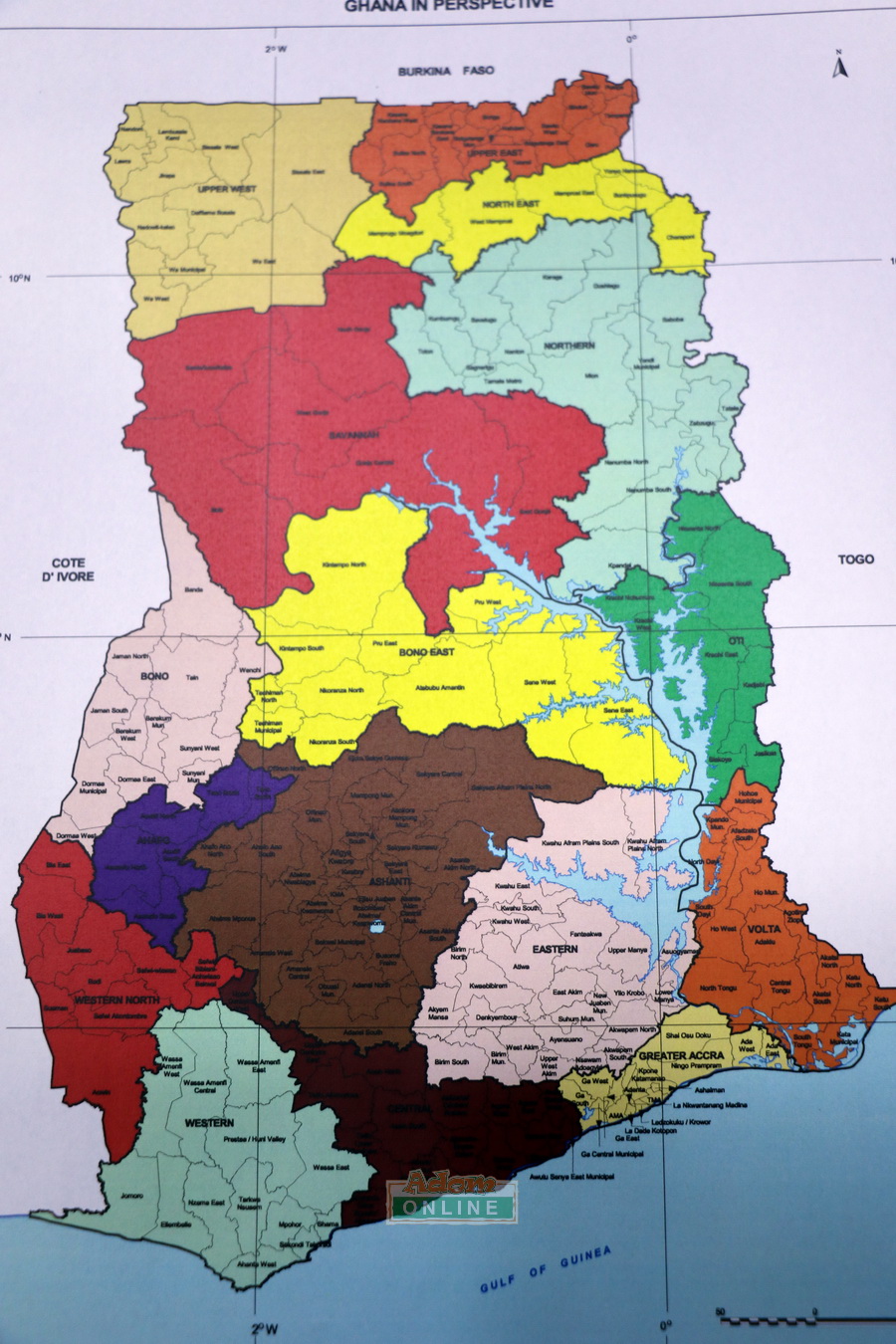 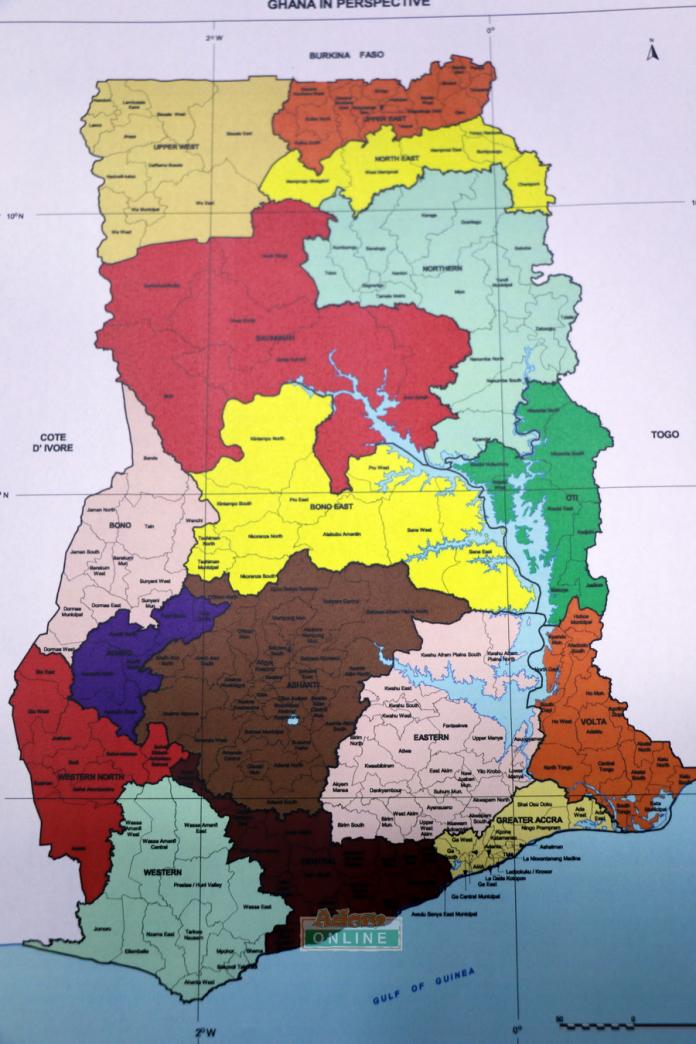 Team Techiman refers to the individuals, identifiable groups, chiefs, political activists and politicians who joined efforts in diverse ways including experiences, resources and physical strengths in ensuring the safe delivery of the Bono East Region.

The team comprised the twin constituencies – Techiman North and South.

It’s often said that nothing good comes easy, and surely, Bono East Region was not gotten on a silver platter.

Team Techiman that was well composed with all the appropriate human and other resources lived up to the task.

In the first place, our traditional leaders who petitioned for the region did not leave it there but did all the follow-ups with the risksinancial implications involved.

My own chief was involved in the North East matters and i could see the hustles and bustles you went through in defending your petitions through presentations.

You deserved it, you demanded for it at the right time and your youth did not disappoint you. I say ayekoo and more grease to your elbows.

Our politicians, behaved and did exactly what
was expected of them. The Bono East struggle is enough evidence that our
politicians deliberately become overly partisan during the peak periods of
electioneering campaigns but that spirit of oneness is inherent.

Team Techiman saw the perfect combination of all the “political human resources” from all the available political parties within the municipality and Techiman North District.

Apart from the blend of the experienced constituency executives from all political parties, other party members from all the political divide who were also assigned specific duties did not sleep on their assigned jobs.

We had our political leaders, both present and the past effectively combining resources and experiences towards the project.

May the good Lord raise all of you up. You have made history and posterity will give you thumbs up.

With all apologies, permit me to personally acknowledge individuals I think were also instrumental and should be mentioned. Hon. Seth Assah Adjei, the Coordinator of the whole project, did not let Techiman people down.

He proved his worth as an experienced retired educationist.

I can see the hell he went through but maintained his composure till the work was done. Hon. Prince Donyinah, former MCE pulled the right strings both in the forefront and behind the scenes to deliver Bono East.

Our father and brother, Mr Unuasco refused to be left out of the history. His contributions were selfless and revealing. Nana Afena Nketia ll gave his all to make sure he secured Bono East, and here we are.

For the young men and women, let me not attempt, I just can’t mention names showed you had the muscles and you secured Bono East for no one, but for yourselves.

“The life wire, the engine room, the
biggest history maker and the engineer of the Bono East, if I am not mistaken,
is our father, uncle, husband, and the all time politician who refused to grow
old, Hon. Prof. Christopher Ameyaw Akumfi, a patriot to be remembered; a gem
worth celebrating”

There would have been no Bono East or we
would have had a chaotic Bono East if the various committees and subcommittees
neglected their responsibilities. I say a big thank you to all Bono East
committee members.

Political parties within the Bono East enclave, let me say hurray to all of you but also indicate to you that you only secured your own independence with this huge New Year gift that has been competently dashed you.

You grabbed it and you will very soon start enjoying the fruits of your labour. Marvelous and selfless participation! Let the unity continue.

The media and our mediamen were just classic and spectacular in the fight for Bono East. You deserve the biggest salute.

You had every opportunity to have messed up with the whole project, but you chose to be citizens and not spectators, purposeful and disciplined media, kudos!! We can rely on you.

The clergy and our mallams really committed
the Bono East project into the hands of God. Enough fasting and prayers were
done and all the spiritual sacrifices were made and accepted by the Almighty
Allah.

Teachers, pupils and students had to add their voices in the history making. They sacrificed their academic work to create .

For the pupils and students, we simply simplified their future hustles for them. They will grow to have all their regional offices, God’s willing and possibly in their backyard.

Without them, the fight would have been completely incomplete. Thank you.

I can’t go without recognizing the disciplined electorate who translated all these toils into the finished product called BONO EAST.

We neither betrayed nor disgraced our highly revered chiefs. Bono East is now a reality, an achievement we all pride ourselves with.

I’m neither Janus nor a Janus-faced creature to see or know everything. I may not have been able to mention an individual who also contributed immensely, I only mentioned the few I am privy to but if I don’t even mention you here, God and posterity will do it in a grand style, so don’t be bothered. It’s all about BER.

Folks, as I drop my hand, I want to draw your attention to the fact that looking at how the campaign team was, the synergy was so great such that it was almost an impossibility to “abort” Bono East and there we go into the new year with a new region. Politicians are not the same, don’t accept that assertion.

Since 1992, no politician ever gave you a new region as a new year gift. Nana Addo and Bawumia have just done it, aren’t they different from the others?