A 45-year-old man has been found dead in River Tano at Sehwi Nsawora in the Akontombra District of the Western North Region.

The victim has been identified as Philip Asante, a driver at the Western North Regional Coordinating Council.

The cause of his demise is unclear, however, the Assemblyman for Nsawora electoral area, Emmanuel Adu Amankrah, confirmed it to Adom News.

He narrated that the deceased told his wife he was attending a nature’s call, later he called the wife to inform her to take care of the children and never should the family search for him again.

The deceased wife couldn’t keep the message to herself and informed opinion leaders in the community and a search was mounted for her husband.

Three days after, Mr Asante was found dead in the river Tano.

The police were informed and subsequently conveyed the body from the river with support from the community folks.

Due to the state of the body, the family preferred to bury it after being taken from the river.

The distraught wife, Christiana Asante, said they have children and the last one is now getting to three years, hence does not how she will single-handedly cater for them.

Family finds body of missing son at the morgue 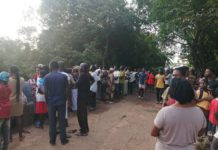 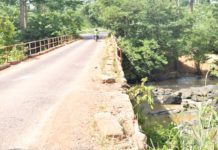 10 vehicles somersault into River Tano due to poor bridge fences